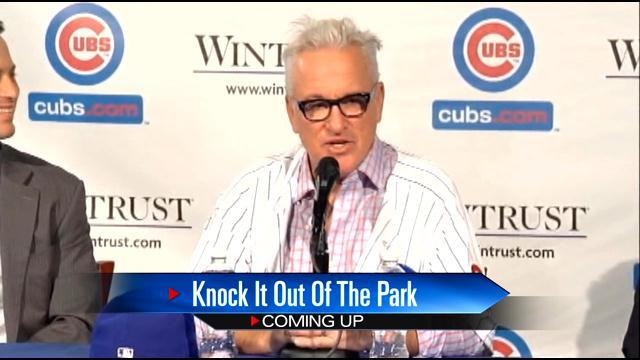 In addition to the Chicago Cubs welcoming their new minor league affiliate in South Bend, the team is also welcoming a new manager.

Joe Maddon was introduced as the fifth manager the team has had in five years, and he says he is excited to take on the challenge.

Maddon already has his eyes on the next World Series, and says two things made him say yes to moving to Chicago from Tampa Bay.

“The two things that really stood out from this past summer to me, well obviously this cathedral across the street, and beyond that, the groupings of players: youthful, talented, and really into the game.”

Maddon signed a five year deal with the Cubs, and according to ESPN, the agreement is worth $25 million, plus incentives tied to the post-season.

To celebrate, Maddon offered to buy a round of drinks for media and fans at Monday's press conference.