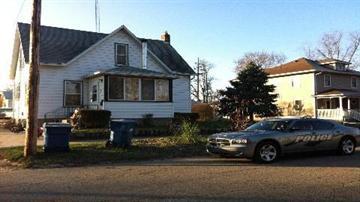 "I just seen cop cars pull up and everything blocked off and they put the caution tape out,” said neighbor Lisa Mahler.

"We've confiscated several pieces of evidence and one of them was a gun,” said Bean.

Chief Bean is waiting for autopsy results before revealing anything further.

"It's not an everyday thing for Culver, but I do believe the town is still a safe place to be,” said Bean.

The principal at Culver High School, where Stephen Suthard was a sophomore, says grief counselors were on hand after he called a school wide assembly around 9 a.m. to announce the news.

He said notifying the students face to face is a method they respect, especially in a small town like Culver.