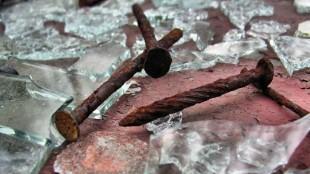 Each day in my office in Goshen, Indiana, I am always surprised by the colorful experiences that my patients offer me. I was seeing one of my pregnant patients. It was a routine visit. Her pregnancy has been going great. In the final moments of our visit, she mentioned an interesting craving that she has had during her pregnancy. She told me that she has been eating baking soda. I thought to myself: "What??!....Okay, tell me that again?" She repeated, "Baking soda, you know the stuff you put in your refrigerator to keep it fresh." Of course, my investigative mind needed to know more. She stated that she just loves the salty taste of baking soda. She can eat boxes of it. Her love for baking soda started when she was a child. Wow...okay...I have heard of interesting cravings like pickles and ice cream or sardines and hot sauce with crackers but this is a new one for me. I knew right away that she has a condition called Pica.

According to the American Pregnancy Association, pica, in Latin, is a bird called a magpie. Magpies are known for eating anything. Pica is a condition that involves eating things that are not nutritious in any way. Some examples of pica include eating clay, soil, paper, ice, baking soda. The American Pregnancy Association (APA) also lists burnt matches, stones, charcoal, mothballs, ice, cornstarch and coffee grounds to name a few other curious cravings. Pica is more common in children. These types of cravings are actually not as common in pregnant women. We are not quite sure why these types of cravings exist. There are a number of theories as to why pica cravings exist such as a link to iron deficiency anemia, a means for the body to try to get vitamins or minerals that are lacking or maybe there is a connection to an underlying physical condition or mental illness, such as obsessive compulsive disorder or major depressive disorder. The APA states that there is the possibility that these cravings can cause harm to the mom and her unborn child. "Eating non-food substances may interfere with the nutrient absorption of healthy food substances and actually cause a deficiency. Pica cravings are also a concern because non-food items may contain toxic or parasitic ingredients."

I came across an interesting article published in the Indian Journal of Psychological Medicine in 2011. The article described a case report of a 27-year-old Indian woman who complained of an "unusual sensation" in her abdomen for three months. The young woman's parents reported that she had been eating nails for the past three months. The woman was in an arranged marriage. She admitted to having pain during sexual intercourse and no longer desired sexual relations with her husband. She is described as being depressed and having feelings of hopelessness and worthlessness. Eating nails made those feelings go away. She "enjoyed the gritty and spiky sensation of nails along her throat." She felt better, emotionally, after eating the nails but she began to have an unusual sensation in her abdomen. Later, her doctors learned that she also had a history of eating glass. Ultimately, after an extensive medical and psychological evaluation, it was thought that the source of this woman's curious cravings was primarily psychological and the glass cravings might have had a cultural etiology as well. She was treated with a commonly used anti-depressant and responded well.

This study highlights a learning point for all practitioners. Often times a patient does not come in the office and say, "I am depressed" or "I feel worthless" or even "I love eating mothballs.” She often comes with a symptom, such as abdominal pain, pelvic pain, decreased sexual libido, persistent and recurrent headaches or insomnia. The sooner we, as health care providers who are caring for women, begin to view women's complaints as more than just a complaint but rather a symptom within a context, it is my belief, that we will be more likely to develop an even more profound understanding of her emotional, physical and possibly even spiritual condition.

Author's side note: The term "complaint" is in reference to what doctors are taught to elicit from the patient, "the chief complaint." It refers to the primary reason for the visit and is written in the patient's words. It is not meant as a negative descriptor for a problem that a patient discusses with her health care provider.