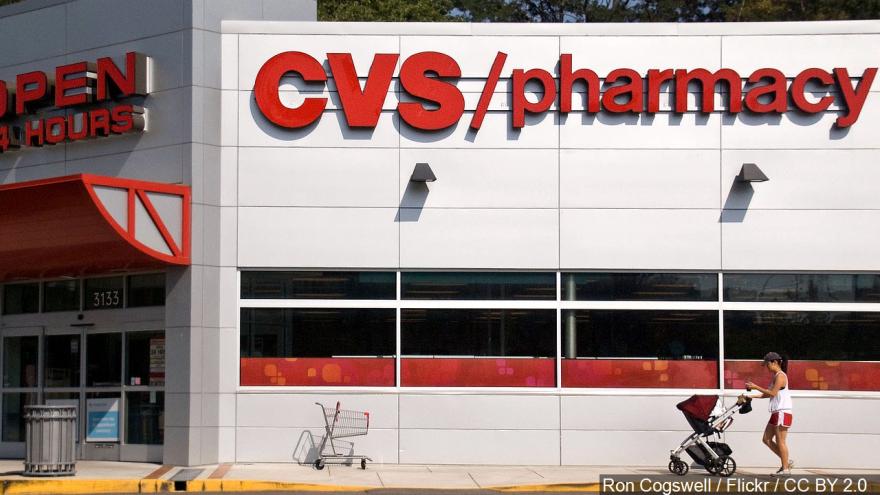 (CNN) -- In a new effort to tackle the deadly opioid addiction crisis in the United States, pharmacy giant CVS announced Friday that it will limit opioid prescriptions to seven days for certain conditions. This restriction will apply to patients who are new to pain therapy.

The new pharmacy program will also limit the daily dosage of pain pills based on their strength and will require use of immediate-release formulations before extended-release opioids -- intended for severe, long-term pain treatment -- are dispensed.

The changes will roll out February 1 and cover all commercial, health plan, employer and Medicaid clients.

CVS, which manages medications for nearly 90 million plan members, is one of the largest pharmaceutical chains in the US, with approximately 9,600 CVS Pharmacy stores and more than 1,100 walk-in medical clinics.

"With a presence in nearly 10,000 communities across the country, we see firsthand the impact of the alarming and rapidly growing epidemic of opioid addiction and misuse," said Larry J. Merlo, president and CEO of CVS Health.

Sales of prescription opioids quadruple from 1999 to 2014

From 1999 to 2014, sales of prescription opioids in the US almost quadrupled, according to the US Centers for Disease Control and Prevention, yet there has been no change in pain reported by Americans.

CVS said its pharmacists will counsel patients with opioid prescriptions about the risk of dependence and addiction based on CDC guidelines. These educational sessions will also emphasize the importance of keeping medications secure in the home and proper disposal of unused medications.

To help patients wanting to follow these guidelines, the company will almost double the number of drug disposal units in its Medication Disposal for Safer Communities Program from 800 to 1,550 kiosks. This expansion will begin this fall with locations in Florida, Massachusetts, North Carolina, Pennsylvania, South Carolina and the District of Columbia.

Studies have found that longer prescription durations, as well as higher dosages, increase the likelihood of chronic use. CVS's steps are meant to curb not just potential long-term opioid use but also potential opioid misuse.

"There are millions of prescription bottles sitting in our bathroom cabinets and on our bedroom nightstands right now, including far too many prescription opioids that ultimately are used non-medically," said Dr. Caleb Alexander, co-director of the Johns Hopkins Center for Drug Safety and Effectiveness.

"We've been watching the epidemic get worse, hidden in plain sight, for far too long, and these types of policies are necessary to reduce the incredible oversupply of prescription opioids," Alexander said.

The American Academy of Pain Medicine "supports any initiative that would help limit the effects of over prescribing medications or leading to excessive unused medicines that could lead to harm to a patient or family members or their community," said Dr. Steven Stanos, president of the academy.

Stanos worries that CVS's recommendations could be interpreted too rigidly and affect patients. "We would want it to balance the needs of the patient and doesn't intrude on the relationship between the patient and the physician and how they made that decision," Stanos said.

It's a sentiment echoed by Dr. Patrice Harris, chairwoman of the American Medical Association's opioids task force. "When patients seek physician help for an opioid use disorder -- or need comprehensive care for chronic pain -- one-size-fits-all limits, such as blanket prior authorization protocols, may cause delays in care that could severely harm patients," she said.

CVS said its guidelines are flexible and recognize that there maybe situations that require more than a seven-day prescription or a higher-dose opioid. For times like those, physicians will be able to seek exceptions.

The President's opioid commission says that about 142 Americans die every day from a drug overdose, equal to the death toll from the September 11 attacks every three weeks. Most of those overdoses are from opioids.

According to the CDC, drug overdoses are the leading cause of unintentional death in the US.