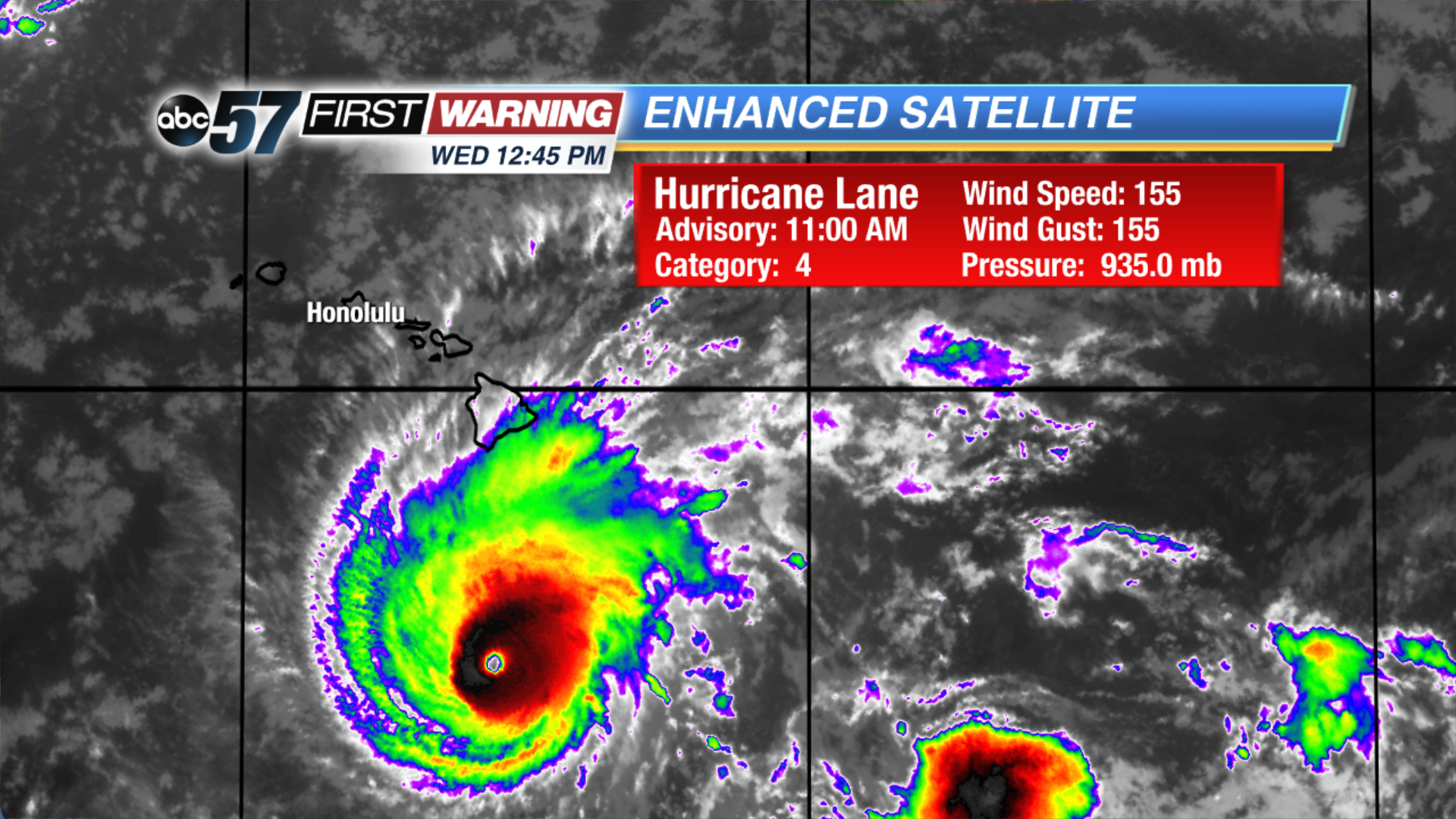 Hurricane Lane as of 12:45 PM EDT
As of 2 PM eastern time, Hurricane Lane is a monstrous and dangerous category four storm with winds around 155 MPH. It's moving in the general direction of Hawaii, and will give the Islands an unusual encounter with a major hurricane. On average, only one named storm gets within 60 miles of the state's coastline every four years. If Lane makes landfall as a hurricane, it will be only the third time that has ever happened in Hawaii! Even more, Lane become only the second category 5 storm to ever exist within 350 miles of Hawaii when it strengthened Tuesday night. The other? Hurricane John back in 1994. Despite a possible miss to the south of the Hawaiian Islands and a general weakening trend over the next day or so, significant to potentially devastating effects could be seen on many of the islands due to flooding rains and damaging winds, according to the National Weather Service. 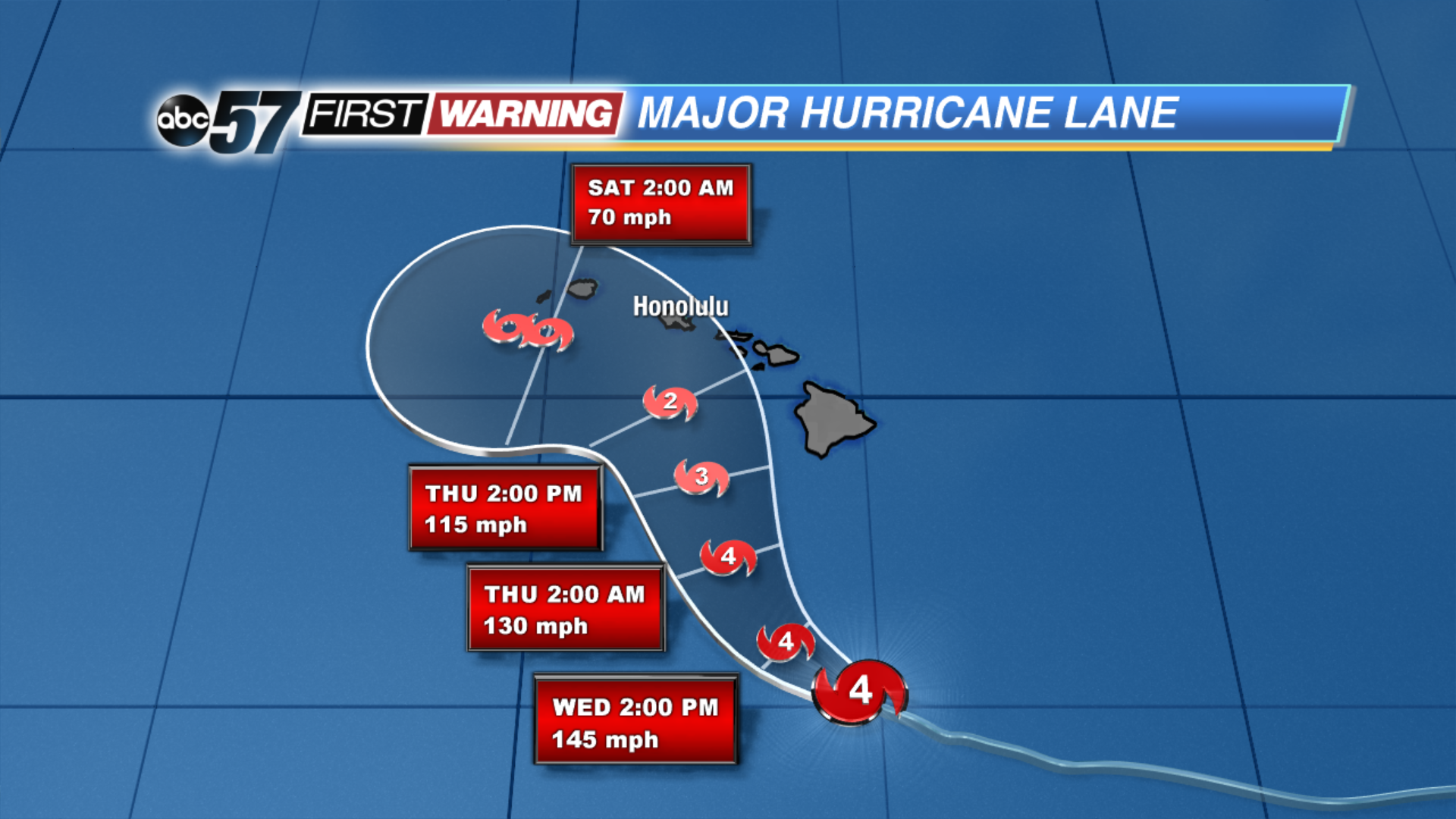 Lane is expected to move northwestward in the general direction of Honolulu before turning toward the west. If the current projected path is correct, Lane will stay just offshore while weakening to a tropical storm by the time it reaches Kauai and Ni'ihau. However, some forecast models show Lane making a direct hit at some point over the next 48 hours. Regardless of where exactly it tracks, the impacts will likely be extreme for some. Rainfall on the order of 5-15", if not more, is likely. Totals of that magnitude will result in significant to catastrophic flooding. Landslides and mudslides will be possible as well. Winds will likely gust to 40-70 MPH, if not stronger, depending on how close the storm gets to the Islands. The NWS says considerable damage is possible from these kinds of winds. 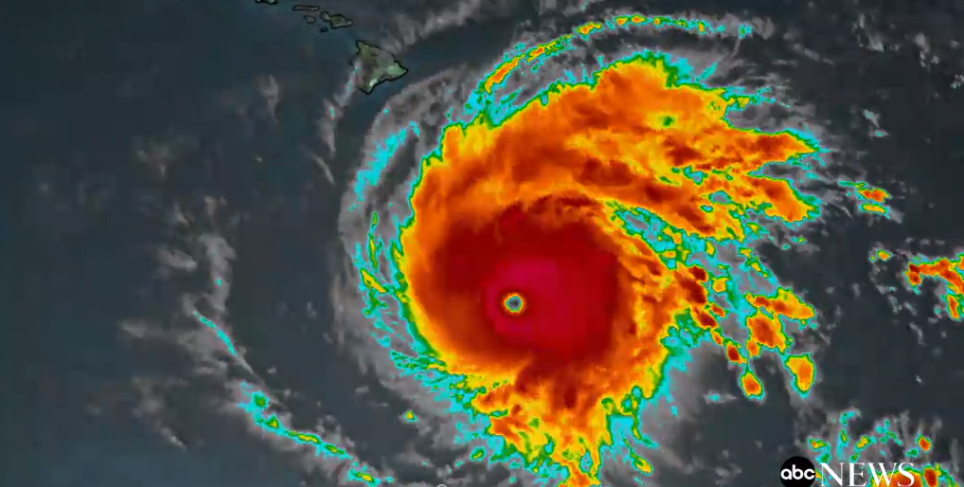 The massive storm will also be capable of producing waves of 15-25' along the south-facing beaches of each of the Islands. Coastal erosion and flooding could ensue with waves of this height. Many store shelves have been cleared and gas stations have witnessed very long lines as people prepare for the storm. Schools on the Big Island and in Oahu County have been canceled until further notice. Officials are warning residents to prepare and be ready for a worst-case scenario. If you'd like to follow accounts on Twitter that will have the newest information, FEMA lists a handful:

For some incredible footage of what it looks like to fly through the eye of a category 5 hurricane, check this out:

Video of #NOAA42 entering the eye #HurricaneLane during the 4PM HST mission. The storm was near its peak intensity, a Category 5, at this point. Taken by L. Bucci. pic.twitter.com/TTTzM23xwy