Data proves summer is getting longer

The summer heat has kept a tight grip on Michiana throughout September, but this is going to change soon.

The monthly temperature average so far is 4.2 degrees warmer than normal. However, above normal heat for the first half of the month is fairly common. We have cooler air on the way, so it is unlikely that we will break any heat records by the end of the month. 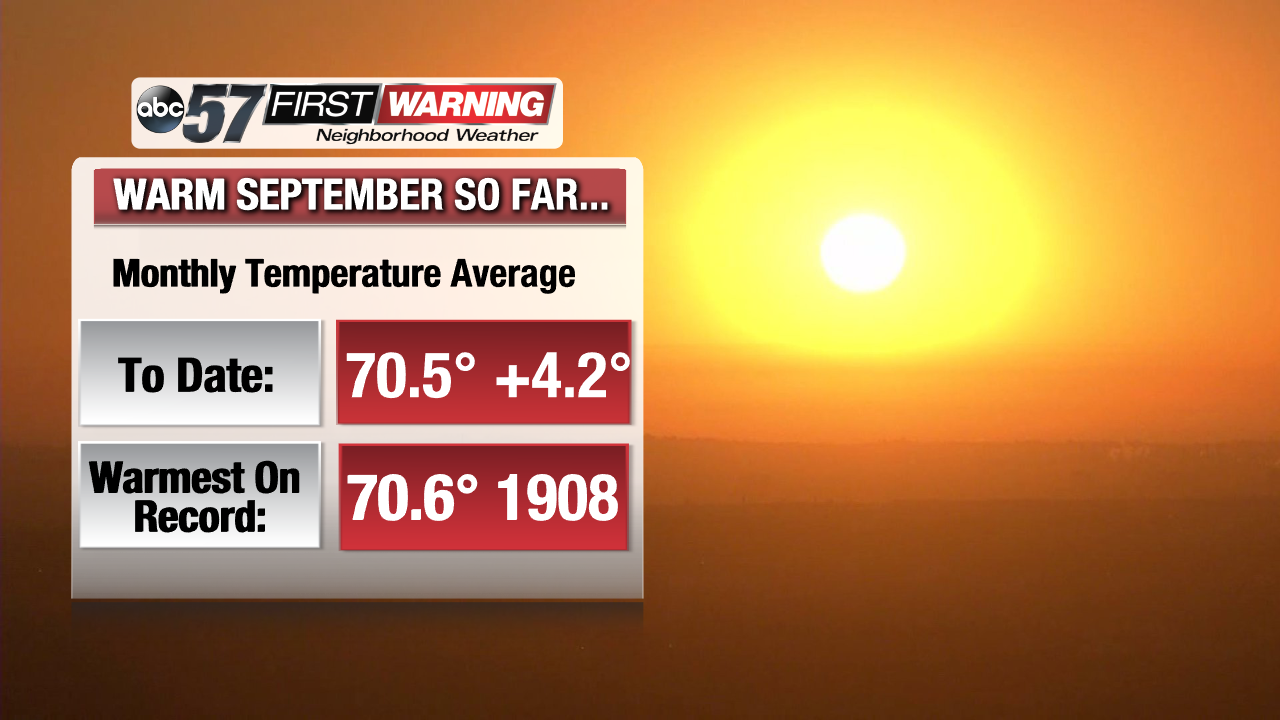 Temperatures are expected to be cooler than normal starting next Wednesday through the beginning of October. We will see a couple of big dives in the jet stream over the next few weeks, which means that Arctic air will be sneaking further and further south, and it will actually feel like fall. 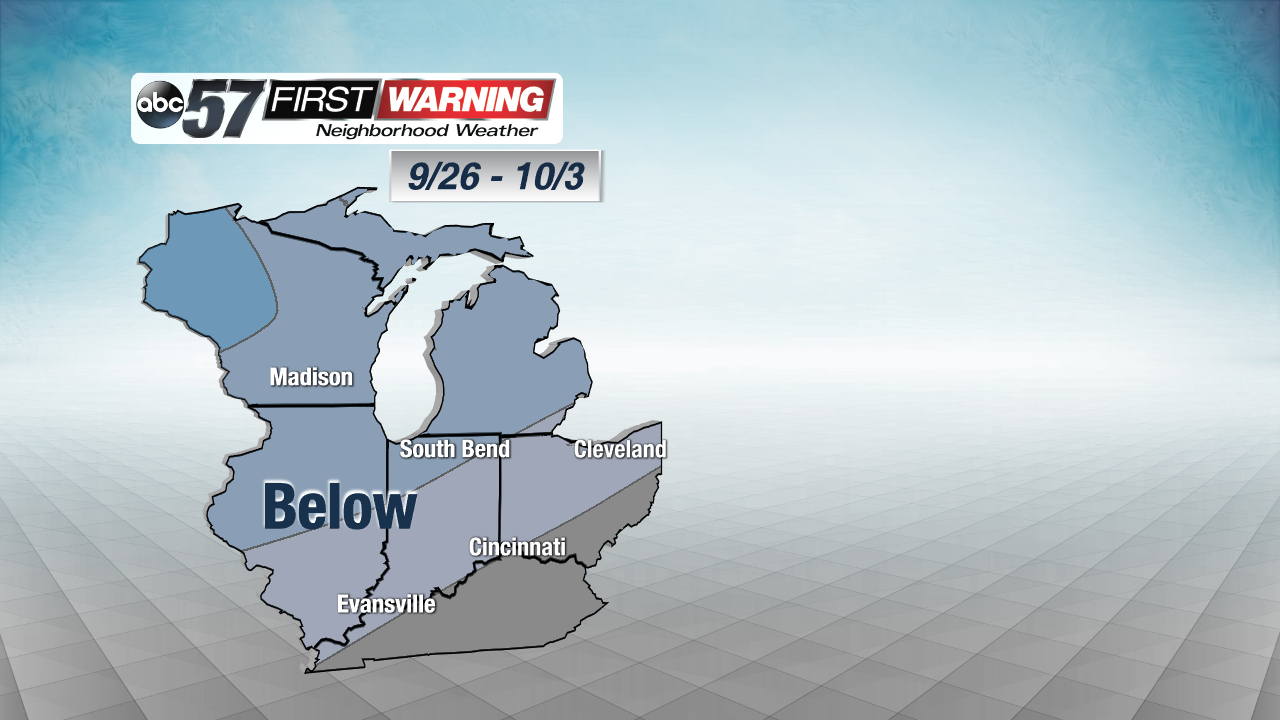 The heat may not be over for good though. A study shows that the summer season is pushing further into Fall because of climate change. On average, we have our last 80 degree day of the warm season on October 3rd, but that has not always been the case. Climate Central conducted a study that looks at the average last 80 degree day, each year, back to 1970. Over the years, you can see that it does fluctuate, but the overall trend over the past 46 years shows that the average last 80 degree day is being pushed further into fall. 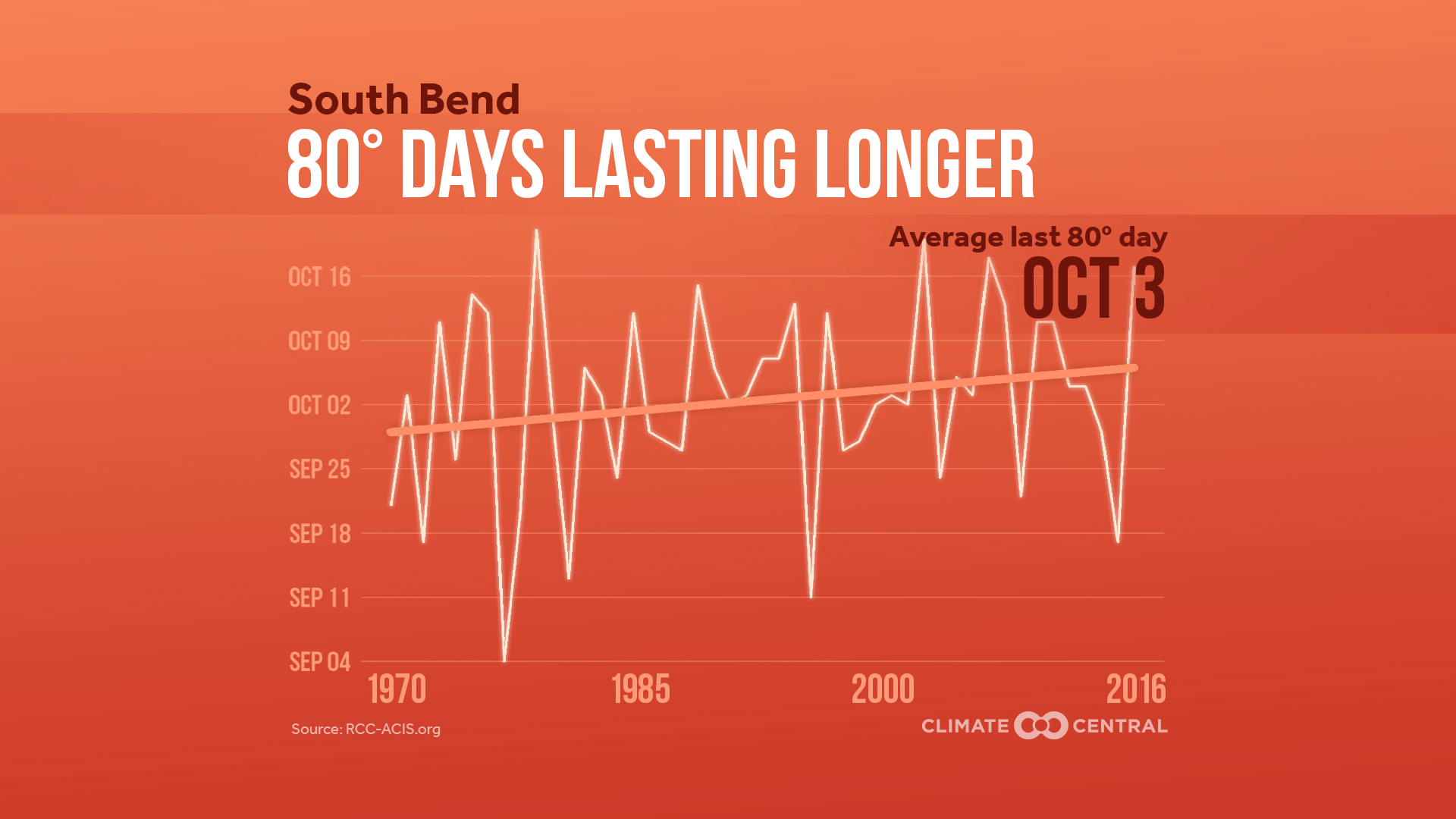 As these warm temperatures linger into fall, the fall season also pushes into winter, shortening it. There are some negative impacts of a longer summer and a shorter fall and winter. Having a longer summer can mean an increased wildfire season out west and a longer allergy season. As the fall season is shifted and minimized, it could also mean that the window to view fall foliage shrinks. Having shorter winters allows pests to survive into the following season, which could damage crops.