Daughter gets restraining order against parents 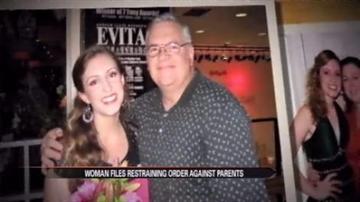 21-year-old Aubrey Ireland thought her parents were so overbearing that they were stalking her.

So she went to court and filed a restraining order to get them to stop.

A judge agreed her parents were a "problem" and the restraining order was filed.

The young acting major at a prestigious music school said their behavior prevented her from "truly developing."

Because Aubrey has cut all ties with her parents in this very public way, they are asking for a refund for the $66,000 they've paid towards her tuition.