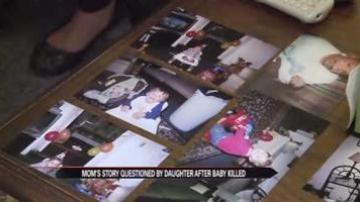 BRUNSWICK, Ga. — A Georgia mother is standing by her account of what happened the day her toddler son was shot and killed. But her own daughter has called her mother's story into question.

Sherry West told police last week that two teens shot her in the leg. Then shot her son in his stroller in a robbery attempt.

West's daughter says she started to have doubts after a call the night of the shooting.

According to the daughter, West asked how long it would take the life insurance policy check to arrive.

West's daughter says her mother is bipolar and has schizophrenic tendencies.

She says she hopes her suspicions are wrong.