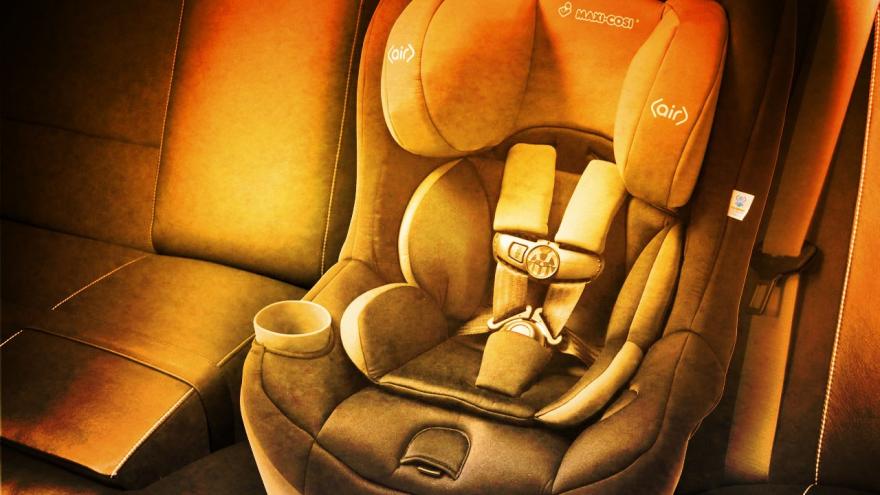 (CNN) -- A Florida day care center employee is expected to face charges after a 3-year-old boy was found dead in a parked van, police in Orlando said Tuesday.

Myles Hill was found on the floor at the back of the van parked at the Little Miracles Academy day care center around 6:30 p.m. on Monday, police told reporters. Police Chief John Mina said authorities believe he had been in the vehicle since around 9 a.m. that morning. The high temperature in Orlando on Monday was about 93 degrees Fahrenheit, according to Weather Underground.

The cause of Myles' death has not been determined, but Mina said that based on the evidence, it is believed to be heat-related. "This was an absolute tragedy that could have been prevented," Mina told reporters on Tuesday.

The van is used by employees to transport children from one day care location to another -- as well as pick them up and drop them off at their homes.

Mina said an employee, who has not been named publicly, had used the van Monday to move a group of children, including Myles, from one location to another. The employee dropped the children off and returned the van to the first location at around 9 a.m. It then sat in the parking lot until police were called later that night. It was unclear whether the employee locked the van after using it.

Myles would have turned 4 on August 22.

The Little Miracles Academy could not be reached by CNN. Multiple calls were unanswered and the website for the day care was down.

Employees found Myles' body after his grandmother and legal guardian called the center because he was not dropped off at home that afternoon. Family members said employees at the center told them that Myles had not been seen at the day care center all day, according to CNN affiliate News 13.

Vivian Chaney, who identified herself as Myles' aunt to News 13, said that Myles' attendance never came up when family members called the center on Monday to ask about school uniforms. "There should have been some kind of head count," Chaney told News 13.

The employee who drove the van allegedly told police there was no head count of the children when they were dropped off at the second location -- and staff did not realize Myles was still in the van. Mina said he was unaware of any procedure the academy had for contacting families when a child who was expected at the center did not arrive.

Mina said there are charges pending against the employee, but refused to expand on what the charges might be -- and did not identify the individual involved. An autopsy is being conducted and charges will be filed once it is complete, Mina said.

If Myles' death is determined to be heat-related, he will be the 32nd child this year to die in a hot car in the United States -- and the fifth in Florida, police said. An average of 37 children die each year in hot cars, according to safety organization Kids and Cars.

Inspection reports from the Florida Department of Children and Families (DCF) indicate that Little Miracles Academy has failed to comply with multiple standards for personnel records, supervision and transportation, dating back to 2015.

In June 2015, the DCF found that staff had failed to include a signed Child Abuse and Neglect Reporting Requirements form in its personnel records. According to the department, all child care personnel are required by law to report any "suspicions of child abuse, neglect or abandonment."

In March 2017, the department found that staff were not "within sight and hearing" of the children during nap time. In July, the department said the facility's transportation log failed to include multiple required elements, including destination and arrival times and locations.

Mina told reporters Tuesday that the DCF is conducting an "operational investigation" of Little Miracles Academy in response to Myles' death.

According to a tweet from News 13 reporter Jerry Hume, a note has been placed on the doors of Little Miracles Academy that says "closed until further notice."