Hopefully you don't forget the umbrella this morning because the rain is rolling in for much of the day. And this wet week will potentially cause some flooding problems. First, let's take a look at where we are before the wet stretch begins. Both the April and spring season numbers are right around normal, not too far above or below in either category. That'd be good news by itself but with the days of rainfall in the forecast, that's where the minor flooding concern comes in. 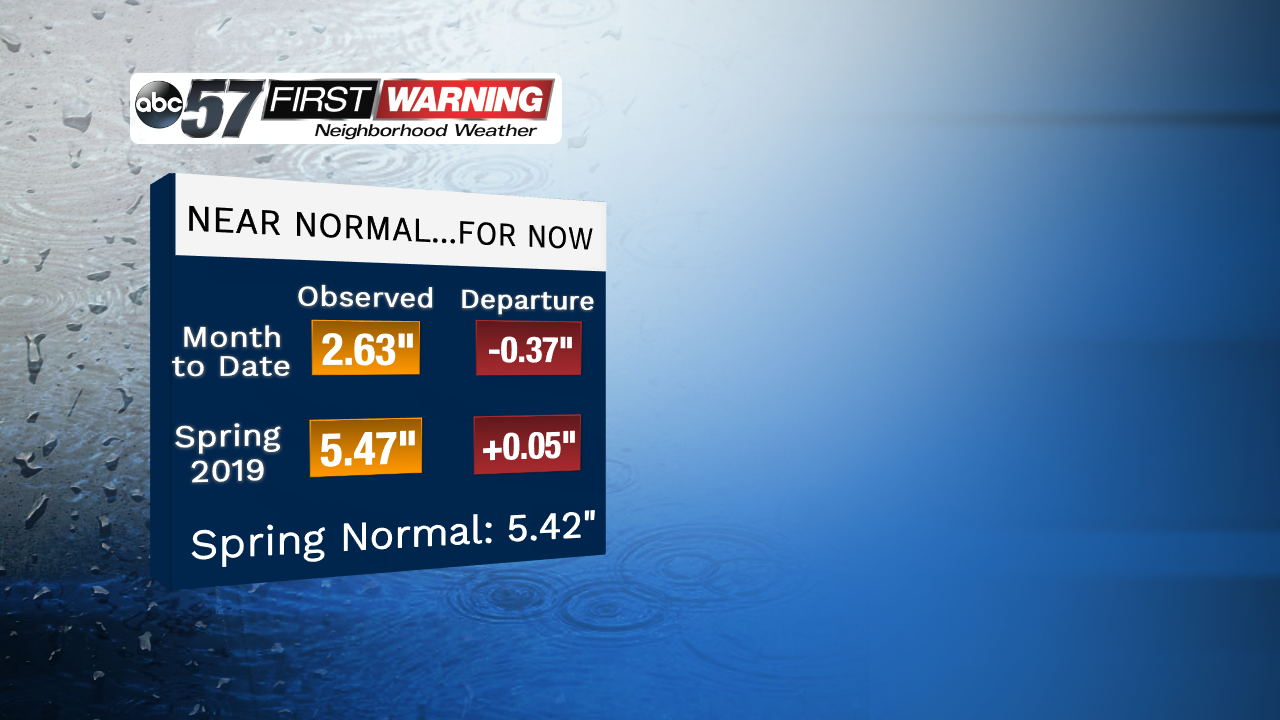 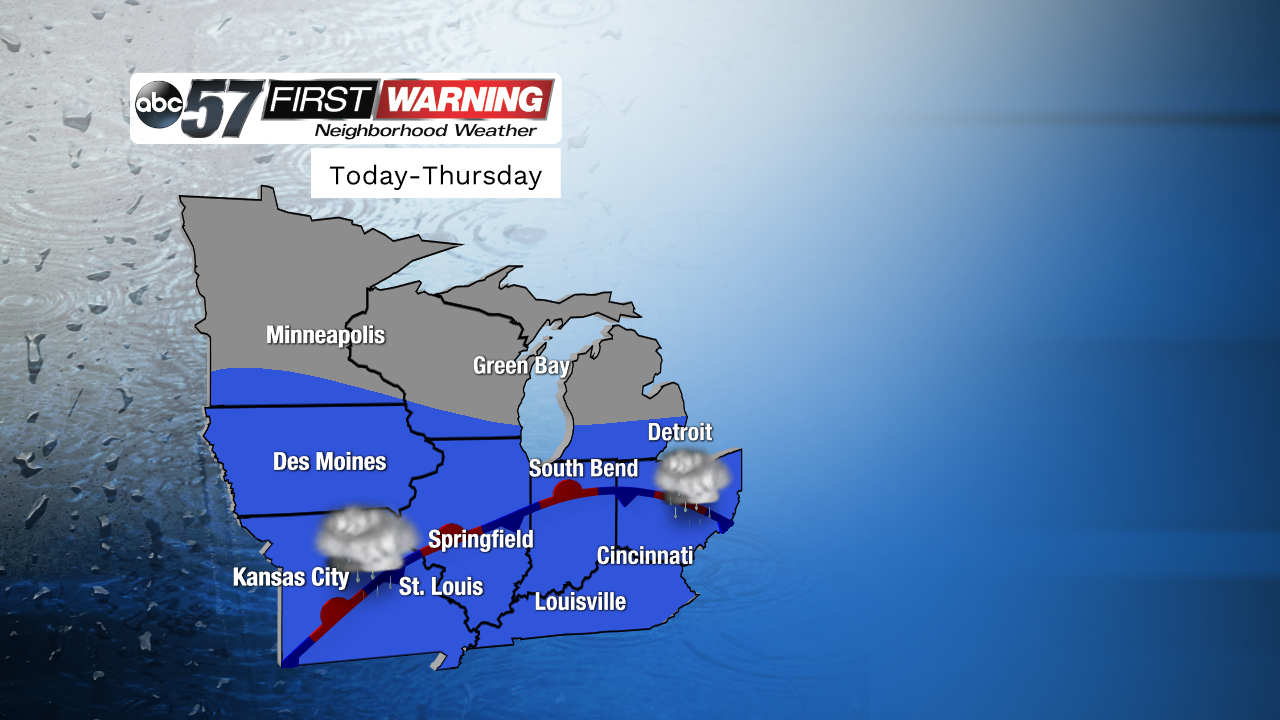 The highlighted blue area is where heavy rainfall is expected over the next several days.

Obviously during the spring season, we get active stretches of wet weather here in michiana, but have you ever wondered why? It's actually all thanks to the battle of the air masses that takes place over the united states during the transition seasons of spring and fall. A front following the incoming system today will stall out, or become stationary, as the warmer air from the south as a much easier time moving north. But, the cold air always wants to push south. This front will wiggle around some, but it becomes the focal point for showers and even storms throughout much of the week.

Many of our weather models, or scenarios, that we look at all point to the same answer. Rainfall totals through Thursday morning, stopping at about 8 am, are around 2 inches across the board for South Bend. Others in Michiana will obviously fall a little above or below that number by then, and there's even the chance of additional showers Thursday itself that aren't a part of these numbers. 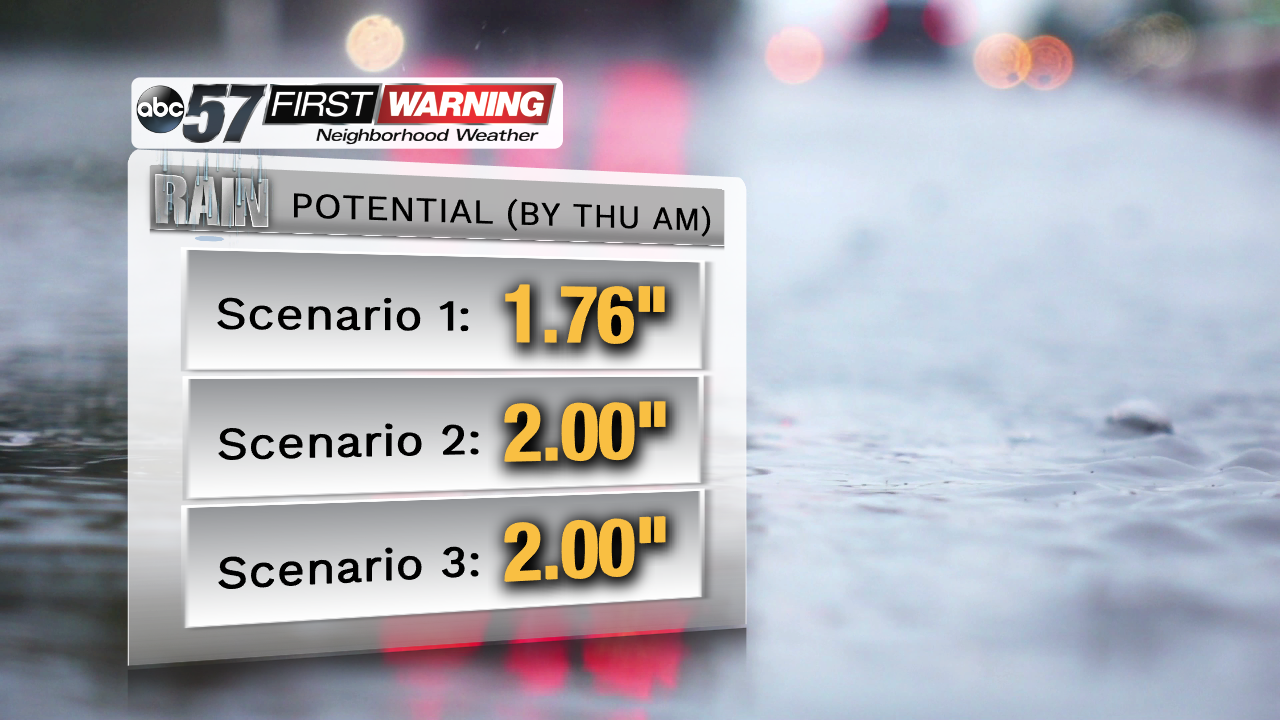 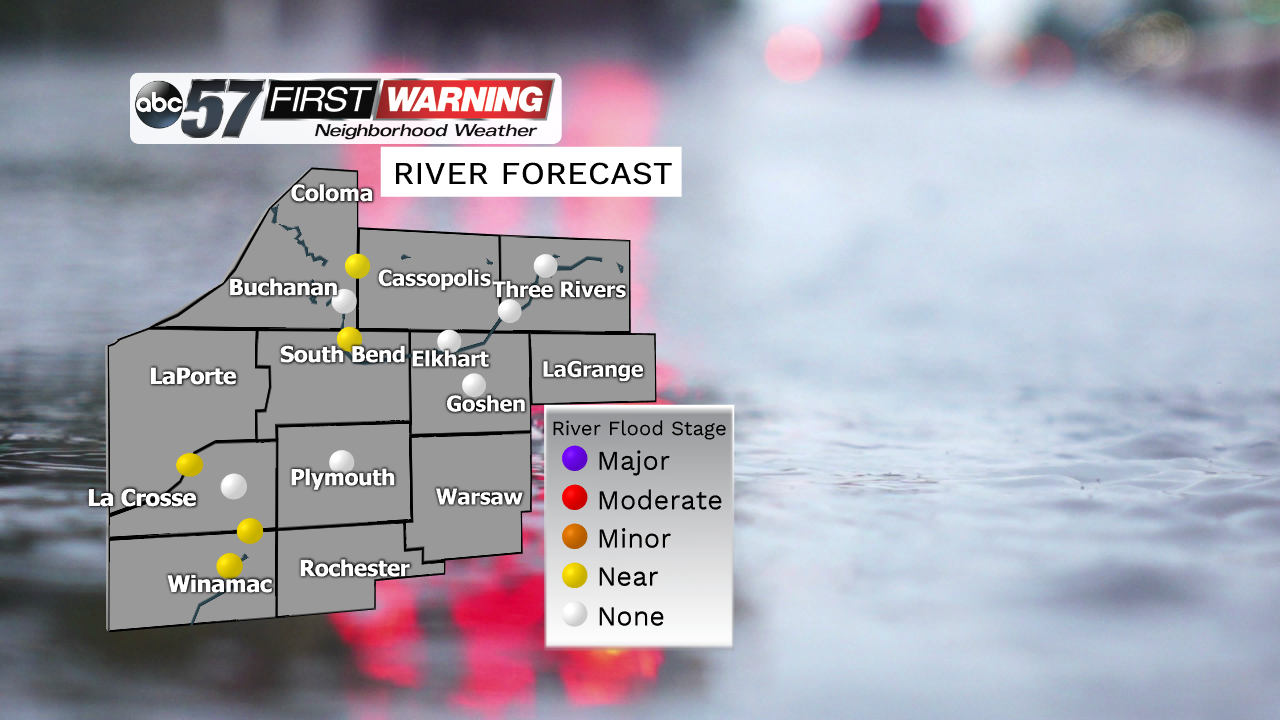 Luckily, for the big rivers in Michiana as of now, there's no concern for a serious flood threat, but the St. Joe and Elkhart rivers will likely be higher than normal after all is said and done. Be mindful of hydroplaning on the highways as we're dealing with the rounds of showers and downpours. And again, watch out for the creeks, streams, and anything that can fill up with water quickly.