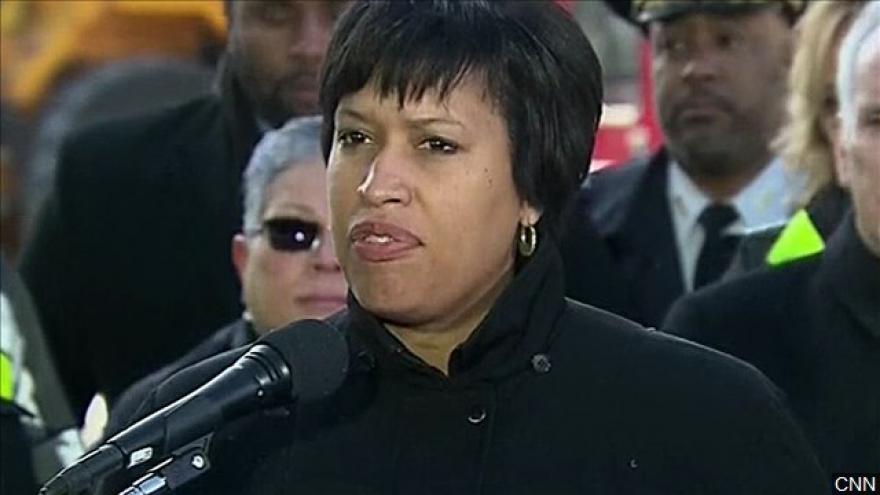 Voters also approved a ballot initiative that will restructure the payment system for waiters, bartenders and other tipped employees in bars and restaurants.

Bowser campaigned on her record of leading the District of Columbia through an economic turnaround and a development boom. However, her administration has struggled in recent months to contain multiple scandals in the Washington public school system, including the revelation that chronic student absences were ignored or covered up in order to maintain high graduation rates.

The actual election in November is considered a formality in the District of Columbia, where the Republican Party holds little sway.

Initiative 77 passed with 55 percent of the vote. It will eliminate the "tipped minimum wage" — the two-tiered system under which restaurant and bar owners pay servers, bartenders and bussers a lower hourly wage with the expectation that they will be compensated with tips from customers.

Currently, these employees can make as little as $3.33 per hour; however, the employer is legally required to make up the difference if the employee's salary plus tips add up to less than the current minimum wage of $12.50 per hour. The ballot initiative will require employers to pay everyone at least the minimum wage.

The proposal has touched off a spirited public debate inside Washington's robust restaurant and bar scene, with signs on the walls and many waiters, waitresses and bartenders wearing pins expressing their opinion.

Proponents argued it would protect employees from unscrupulous owners who refuse to follow the law and match wages to bring earnings up to $12.50 per hour. They also said it would reduce sexual harassment by making servers less dependent on the whims of sometimes-inappropriate customers.

However, the proposal was opposed by a large percentage of both owners and tipped employees. Owners claimed that the financial hit could force many bars and restaurants to close — and those that stay in business would only do so by introducing a new service charge, which would have the effect of eliminating most tipping.

Many servers and bartenders also said they are already guaranteed at least the minimum wage under the current law while retaining the potential to earn far more depending on those tips.