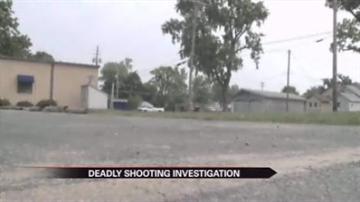 The 37-year-old man was found in the parking lot of the American Legion Sunday morning.

Police say he was shot several times. He later died at the hospital.

Officers say he got into an argument inside the building and was shot while walking to his car.

Someone who knew the victim said they heard the shots and saw him lying behind a car.

Police are not sure if the shooter was involved in that argument. No arrests have been made.