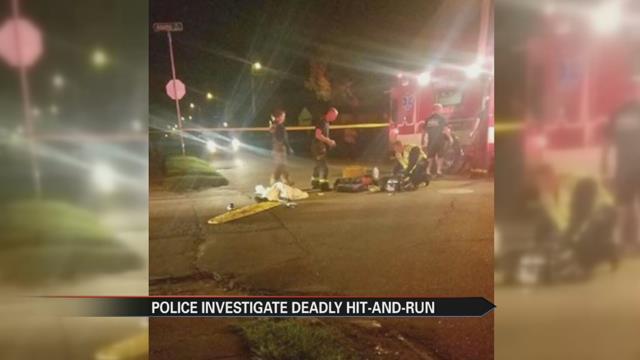 A deadly hit and run occurred on the northwest side of South Bend Sunday night.

Around 9:00 p.m. Sunday on Humboldt and Adams Streets, a pedestrian was struck by a car and died on the scene.

Police are looking for a white car with front end damage, possibly a Chevy.

A witness reportedly followed the vehicle after the accident and provided a description of the car.

The Saint Joseph County Fatal Alcohol and Crash Team responded to the scene just after 9:00 p.m.

No suspects have been named at this time and the victim has not yet been identified.

Officials say the investigation is ongoing