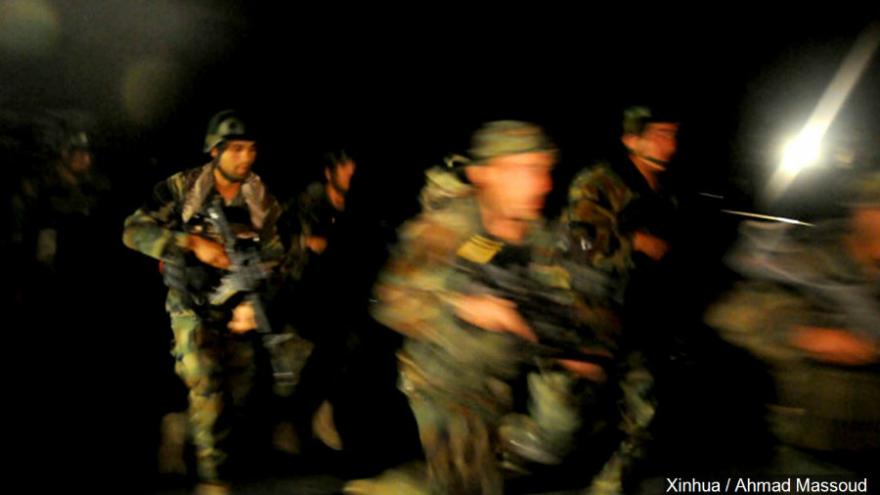 (CNN) -- Gunmen killed six people during a 12-hour siege at the Intercontinental Hotel in Kabul, according to spokesmen at Afghanistan's Interior Ministry.

A foreigner was among those killed before Afghan forces secured the hotel Sunday morning, Deputy Ministry Spokesman Nasrat Rahimi said, while seven Afghans were also wounded.

The ministry said that 153 people -- including 41 foreigners -- had been rescued from the hotel.

There have been varying reports on the number of victims, with TOLO news channel and Afghan station 1TV News both putting the death toll at five and injured at six. Both broadcasters also reported that shots were heard after the Interior Ministry declared the siege ended.

TOLO tweeted around 1 p.m. Sunday (3:30 a.m. ET) that two attackers were still inside the hotel and that gunfire could be heard.

Ambulances came to the scene during a lull in the shooting, a witness who lives near the hotel told CNN.

Rahimi earlier told CNN that Afghan special forces were trying to engage the attackers. He said the hotel's third floor, where the kitchen is located, had caught fire.

TOLO reported that foreign troops were also at the hotel. Lotfullah Najafizada, the head of the broadcaster said on Twitter that the last attacker was on the hotel's top floor.

TOLO showed images of people apparently hanging off balconies, saying they were "desperate guests and staff trying to escape" from the burning hotel.

The attackers had been in the kitchen, then moved to the fourth floor, an Afghan special forces commander told CNN.

The US State Department had warned this week of a possible attack in Kabul.

"Security Alert for #Kabul, #Afghanistan: reports that extremist groups may be planning an attack against hotels in Kabul, such as the Hotel Baron near Hamid Karzai Int'l Airport," the agency said Thursday on Twitter.

The Haqqani network accused by the Afghan Interior Ministry of being behind the attack, is based in the Pakistani tribal area of Waziristan, and known for its high-profile attacks on Western targets in Afghanistan.

The network maintains close ties to al Qaeda and the Taliban and seeks to reestablish Taliban rule in Afghanistan.

In 2001, then-US Ambassador Ryan Crocker accused the Haqqani network of a day-long attack against the US Embassy in Kabul.

President Trump announced in early January that his administration would suspend aid to Pakistan until the country took more assertive steps to reign in terror organizations, referencing the Haqqani network by name.

On Sunday, a spokesperson from Pakistan's Ministry of Foreign Affairs issued a statement condemning the attack on the Intercontinental in Kabul, describing it as a "dastardly terrorist attack."

"We reiterate our strong condemnation of terrorism in all its forms and manifestations. In our view, cooperation among the states is important for effectively combating and eliminating the scourge of terrorism," the statement said.

The British ambassador to Afghanistan, Nicholas Kay, also tweeted his condolences, saluting the bravery of the Afghan security forces.

"When it's over, Kabul will show its resilience again," Kay said.

In June 2011, seven Taliban fighters attacked the same hotel over several hours. In the end, all seven, along with 11 other people, were dead.

The InterContinental Hotels Group developed the hotel, which opened in 1969. But the hotel has had no association with the group since the Soviet invasion in 1979, though it continues to use the name without connection to the international company.