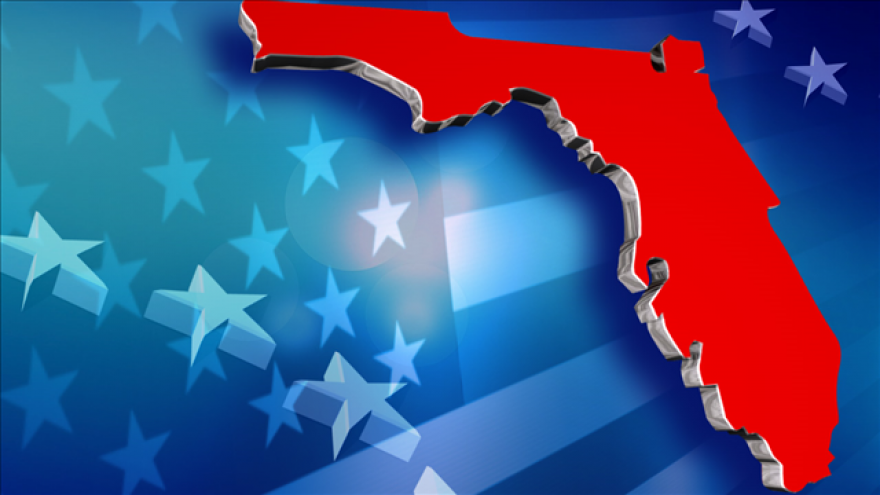 NEW PORT RICHEY, Florida (CNN) -- A Republican congressman's town hall erupted into fights over "death panels" as pro-Obamacare attendees shouted down claims of their existence, the latest site for contentious meetings between lawmakers and their constituents this week.

Rep. Gus Bilirakis was the next lawmaker to face constituents outraged by the GOP's efforts to repeal the Affordable Care Act. A crowd that local sheriff's deputies estimated at 250 turned up at Bilirakis' town hall Saturday morning in Pasco County, which President Donald Trump won by 21 points.

The meeting erupted into shouts and jeers in its first minutes, when Bill Akins -- the chairman of the county Republican Party -- complained of Obamacare's "death panels," a term that does not appear in the text of former President Barack Obama's signature health care law but refers to the Politifact-ruled "Pants On Fire" claim that the ACA created a panel of government bureaucrats that deems whether someone is worthy of health care.

Trump's promise to repeal Obamacare has revived the anger prevalent when the health care law first passed, this time with liberals protesting as Republican lawmakers struggle to settle on a replacement that keeps Americans from losing coverage.

"There is a provision in there that anyone over the age of 74 has to go before what is effectively a death panel," Akins claimed.

Bilirakis nodded. But audience members -- including several doctors -- shouted that Akins was wrong. Many yelled that he was a "liar."

Bilirakis interjected that Akins was referring to the Independent Payment Advisory Board -- a 15-member panel that issues recommendations for reducing Medicare's cost, subject to congressional oversight and approval. Republicans, too, have called for reductions in Medicare spending.

At several points in the two-and-half hour town hall, speakers returned to the "death panels" reference, denouncing Akins' claims of its existence. Bilirakis repeatedly cited the Independent Payment Advisory Board.

"The board exists, OK? And I've voted to repeal the board," Bilirakis told CNN afterward when asked about the "death panels" talk.

Akins, meanwhile, was in a heated argument with a pro-Obamacare audience member afterward -- invoking Bilirakis' nods to the Independent Payment Advisory Board to bolster his argument.

"You called me a liar. The congressman said the death panel does exist," Akins said as sheriff's deputies stepped in to separate the men.

Akins' talk of "death panels" revives a term that Sarah Palin first introduced into the political lexicon in 2009. It was prominent at town halls in the early stages of the tea party -- when conservative activists angrily denounced Obamacare at Democratic events in the lead-up to the Republican wave in the 2010 midterm elections.

Now, it's liberals packing Republican lawmakers' town halls. Bilirakis had already drawn a crowd of more than 200, according to local media reports, at a town hall event weeks earlier.

Now in his sixth term, Bilirakis listened intently as attendees told personal stories of how Obamacare has helped their families.

Brian Staver, 58, said his 14-year-old daughter was born with a genetic disease that caused her kidneys to rob the metal from her blood from her system, and his family spent thousands on hospital bills before the Affordable Care Act's implementation.

"She is now able to get the medication she needs to save her life," he said.

Another woman drew huge cheers from the crowd when she attacked Republican efforts to replace Obamacare, saying that House Speaker "Paul Ryan's bill is junk."

Bilirakis defended Trump and congressional Republicans' push to repeal the law and replace it.

"We need popular provisions, OK? But it's not sustainable the way it is now, all right? ... The premiums are too high, the deductibles are too high," he said. "You've got to have choice, ladies and gentlemen. People should have the opportunity to tailor their own plan based on their needs."

It wasn't an entirely pro-Obamacare crowd. Several speakers said they expected Republicans to uphold their promises to repeal the law.

"I'm holding you guys' feet to the fire," one man wearing a red Trump hat said.

"I thought it was a great discussion, I really did -- a good listening session, and every member of Congress should do this, because -- very productive. And I'm going to take their ideas back to Washington," Bilirakis told CNN afterward.

"It just confirms that a lot of these provisions, such as the pre-existing conditions, keeping the (people under) 26 years old on their parents' plans, the (ban on) lifetime caps -- these are bipartisan issues and they need to be included in the replacement."

In interviews after a crowd of more than 1,000 turned up at a town hall in suburban Salt Lake City on Thursday night, Utah Rep. Jason Chaffetz said he believed protesters had been paid and brought in from outside Utah. He called it "a paid attempt to bully and intimidate."

But Bilirakis made no such claims about attendees at his town hall Saturday morning.

"I think probably the majority of the people in the room were my constituents," he said.