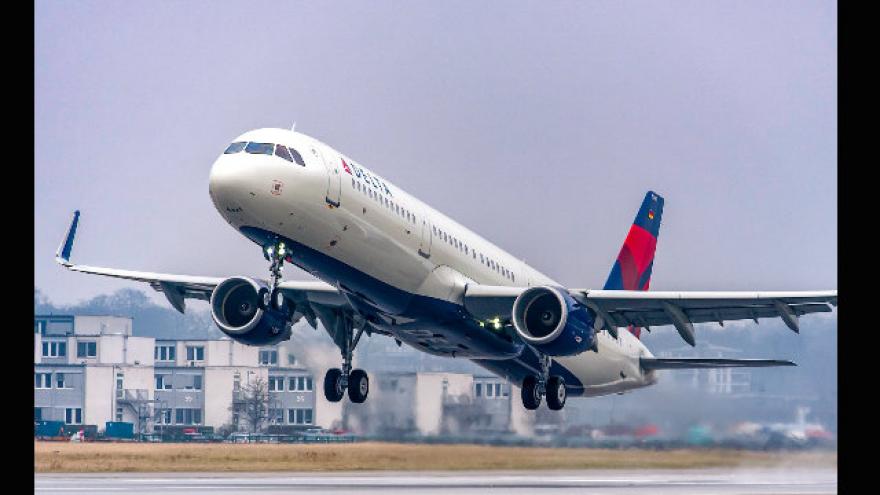 Owner Josh Schlaich had vented his frustration with Delta Air Lines on Facebook when the white and brindle puppy failed to arrive Saturday as scheduled and he was unable to get any answers by phone. Photo courtesy Delta Airlines

By Melissa Gray and Marlena Baldacci

An Idaho man says his new 8-week-old puppy appears happy and healthy despite being flown across the country to the wrong airport -- landing in Las Vegas and Salt Lake City before finally arriving in his arms Sunday.

Owner Josh Schlaich had vented his frustration with Delta Air Lines on Facebook when the white and brindle puppy failed to arrive Saturday as scheduled and he was unable to get any answers by phone.

According to Delta, the dog left Richmond, Virginia, and was due to fly into Boise on Saturday evening, connecting in Detroit and Minneapolis. But Delta says there was a mixup somewhere between Richmond and Boise -- and Schlaich actually received the wrong puppy when he arrived at the airport. Delta is investigating to determine where and how the mixup happened.

When Schlaich realized that his dog was missing, he started working with Delta officials to track down his puppy.

Schlaich's dog ended up spending Saturday night in a kennel in Detroit. Sunday morning, the puppy was flown to Minneapolis -- but then Delta said it "misrouted" the puppy and it ended up in Las Vegas. The puppy was then put on a plane to Salt Lake City, finally making it to Boise on Sunday night.

Delta said the puppy was given food and water and let out of its crate periodically throughout the journey.

In his Facebook post, Schlaich said he received a call from someone at the Delta terminal in Detroit about his dog's whereabouts, but then he got the runaround.

"Was then given the number of the boarding facility -- a disconnected line. Was not given a call back number by Detroit person, and the customer service would not give me their direct line. Tried calling Delta Cargo customer service, only to be yelled at by the rep and hung up on. No idea where my dog is, or what conditions he'll be placed under for the next 24 or more hours. Don't know when he will come into Boise tomorrow. No idea who to call. Absolutely ridiculous customer service."

After Delta responded, Schlaich posted two updates to say the dog was delivered and safe.

"Local Delta reps (in Boise) did their best and were very helpful, but corporate and I will be having a thorough conversation tomorrow," he wrote.

In a statement to CNN, Delta said it apologized for the mix-up and has fully refunded the dog's shipping costs and started a review of its procedures.

"We know pets are important members of the family," the airline said.

It's at least the fourth airline error involving an animal in a week.

On March 12, a French bulldog died on a United Airlines flight from Houston to New York after a flight attendant told its owner to put the dog, in its carrier, in an overhead bin. By the time the flight was over, the dog had died.

A United spokesman said the passenger told the flight attendant there was a dog in the carrier, but the attendant "did not hear or understand her, and did not knowingly place the dog in the overhead bin."

Tuesday, United flew a 10-year-old German shepherd to Japan when it was supposed to land in Kansas. The dog was mistakenly switched with a Great Dane that landed in Kansas instead.

Two days later, United diverted a St. Louis-bound flight to Akron, Ohio, when it realized a pet was loaded onto the flight in error.