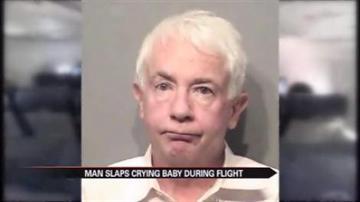 ATLANTA — Authorities said that a passenger aboard a Delta flight headed to Atlanta slapped a crying toddler that was sitting beside him on the mother's lap.

FBI investigators said when the mother's 19-month-old began to cry, a 60-year-old man reportedly told the mom to "shut that N-word baby up."

The mother said the drunk passenger then slapped her adopted son.

The attorney for the accused passenger said he plans to plead not guilty.