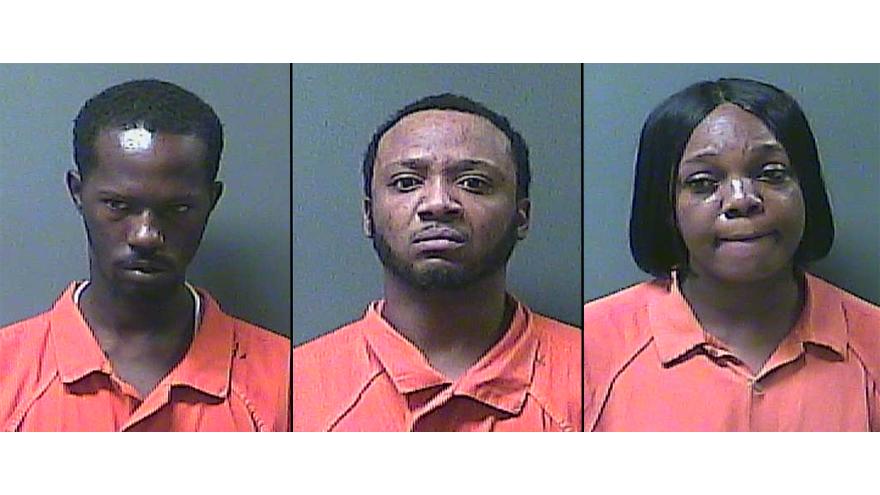 LA PORTE COUNTY, Ind. -- Two guns and drugs were seized and three people were arrested following a traffic stop on US 20, according to the La Porte County Sheriff's Office.

Early Wednesday morning, a deputy was traveling eastbound on US20 when he noticed a vehicle that was traveling above the speed limit and crossed the white fog line three times, according to deputies.

The deputy conducted a traffic stop on the vehicle.

All three people, Ernest Glasper, Patrice Peate and Michael R Anderson were asked to get out of the vehicle. A search of the vehicle resulted in the seizure of two loaded handguns, a synthetic drug, and cocaine, according to deputies.

Peate was arrested on preliminary charges of carrying a handgun without a license and possession of a synthetic drug.