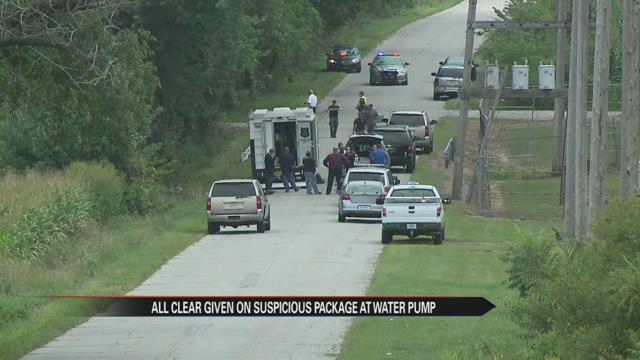 CR150 N was closed for several hours while the LaPorte County Sheriff's Office investigated a suspicious package left on one of the city's main water lines.

The suspicious package was found around 9:30 a.m.

The sheriff's office responded to the scene and called in the Porter County Bomb Squad as a precaution.

During the investigation, one of the city's water lines was shut off as a precautionary measure, but didn't cause a disruption in service.

The scene was cleared and the road reopened around 2:45 p.m.

The suspicious package was a cooler that was taped shut. Inside were milk jugs.

“After determination with the Porter County Bomb Squad and their x-ray tech, we found that there were partially empty gallon milk jugs, three of them, inside the cooler," said Captain Mike Kellems of the LaPorte County Sheriff's Office.