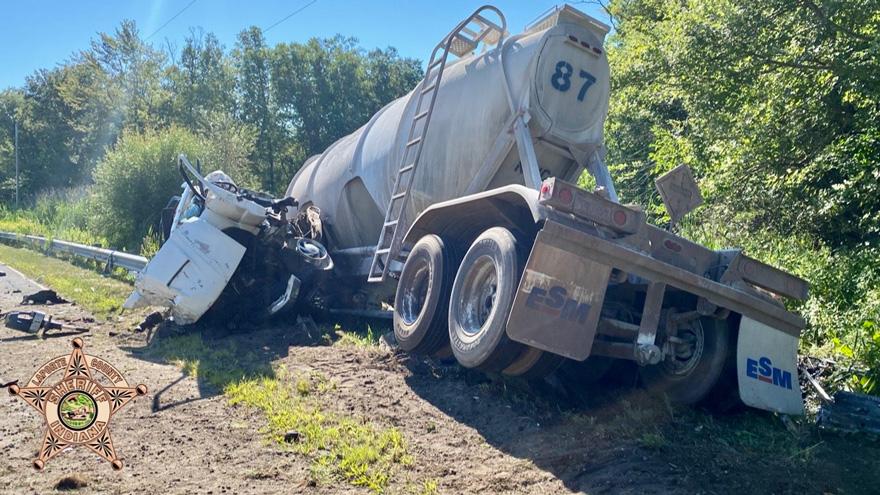 LA PORTE COUNTY, Ind. -- The driver of an SUV was killed in a collision with a semi on CR 400 Thursday morning, according to the La Porte County Sheriff's Office.

The crash happened at the intersection of CR 400 south and CR 150 West just after 9 a.m.

Witnesses and the surviving driver told deputies a white Chevy Blazer driven by 58-year-old David Votlz was traveling south on CR 150 West and failed to stop at a stop sign and drove into the path of a semi traveling east on CR 400 South, deputies said.

Voltz was pronounced dead at the scene.

Hindsley suffered an upper body injury and was taken to the hospital for treatment.

Toxicology tests are pending but alcohol is not believed to be a factor in the crash.