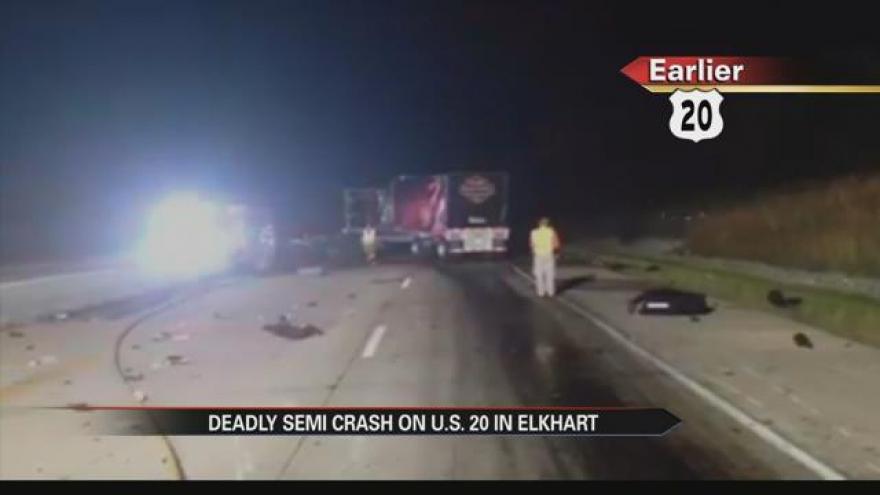 The Elkhart County Sheriff's Department has released the name of the driver who was killed in the two semi accident on the US20 bypass Monday evening.

According to reports, Scott Bruck was traveling westbound on US20 when he rear ended a semi driven by Sergiu Cuiban.

Bruck lost control of his semi and struck the center barrier wall.

He was unable to escape the flames and died at the scene.