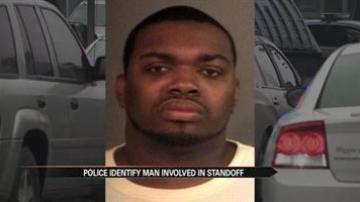 SOUTH BEND, Ind. -- The man who is accused of backing his car into a Berrien County Sheriff's deputy, then leading them on a high speed chase to South Bend has been identified as 28-year-old Ryan Earl. He remains on the run.

The Berrien County Prosecutor's Office issued a five-count warrant for Earl's arrest. Those charges include delivery of cocaine, assaulting a police officer, and fleeing from police.

Tuesday, Earl was the subject of an undercover drug bust just north of the state line. Deputies said he was delivering more than 50 grams of cocaine when they attempted to arrest him.

At the scene, he backed his vehicle into Berrien County Sergeant Trent Babcock.

"Injuries to his knee - and has been treated and released from Memorial Hospital here in South Bend," said Berrien County Sheriff Paul Bailey.

He then led deputies on a high speed chase that ended at the Indian Springs apartment complex in South Bend.

For three hours, police closed off the area and called in SWAT to find him.

Earl left behind his vehicle, but somehow managed to escape.

Law enforcement officials are still searching for Earl. If you have any information about him, contact the South Bend Police Department or the Berrien County Sheriff's Department.