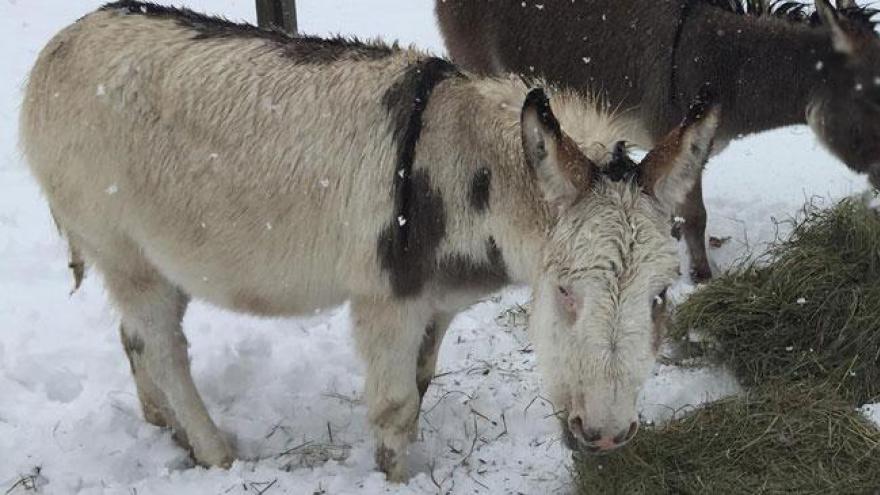 The La Porte County Sheriff's Office is investigating the deliberate killing of a pet donkey during a domestic dispute Sunday evening.

According to deputies, they were called to a residence in the 8600 block of Wilhelm Road around 9 p.m. for a domestic disturbance.

When deputies arrived, they found a man and woman, described as boyfriend and girlfriend, who were arguing.

Both were intoxicated, deputies said, and the woman told deputies she was battered by her boyfriend.

While investigating, one of the deputies noticed a donkey on the property was in distress. He discovered the donkey was bleeding from the head.

The donkey, 5-year-old Jack, had been shot in the head near the left eye.

He was taken to the hospital for treatment because of his intoxication level, police said. His BAC was .30 - deputies said.

Abromavicius was taken to the La Porte County Jail and is scheduled for court on Tuesday.