Deputies involved in accidents while investigating other crashes 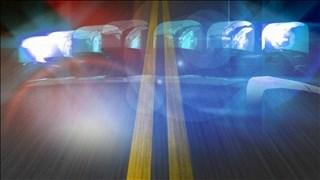 Two La Porte County sheriff's deputies were involved in accidents on Saturday while investigating other crashes.

Sergeant Brett Swanson was called out to assist with the multiple accidents in La Porte County Saturday.

Shortly after arriving on scene of a crash on US 6, near the town of Union Mills, Sergeant Swanson's vehicle was struck twice.

Sergeant Swanson is being treated at St. Anthony's Emergency Room for what police describe as non-life threatening injuries.

Sheriff's Deputy Jonathan Burger was also out assisting with multiple accidents on Saturday.

Deputy Burger was investigating a multiple vehicle accident on US 20 near County Road 850 E when his squad car was struck by two other vehicles.

Officials say Deputy Burger was in his vehicle when it was struck, but he was not injured.