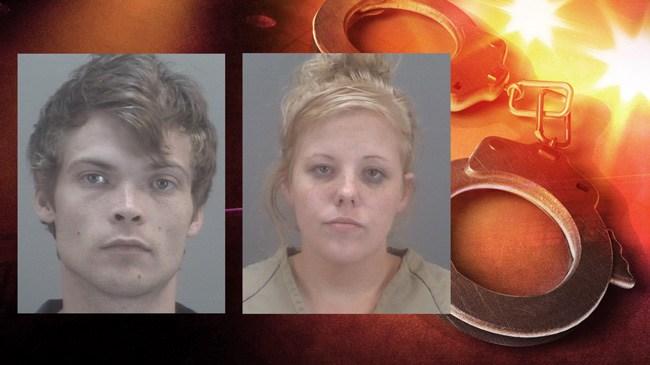 Two people from Howe, Indiana were arrested on drug charges after a joint investigation by the La Grange County Sheriff's Department and the Indiana State Police.

On September 9, a search warrant was served at a residence located at 1675 W SR 120 to investigate allegations of drug dealing and the theft of $24,000 in cash and checks.

Investigators say the search resulted in a significant seizure of methamphetamine, marijuana and paraphernalia.

Officers also discovered evidence allegedly linking the residents, 25-year-old Ariel Allen and 27-year-old Michael Sawyer to the theft of $24,000 in stolen cash and checks, according to the sheriff's department.