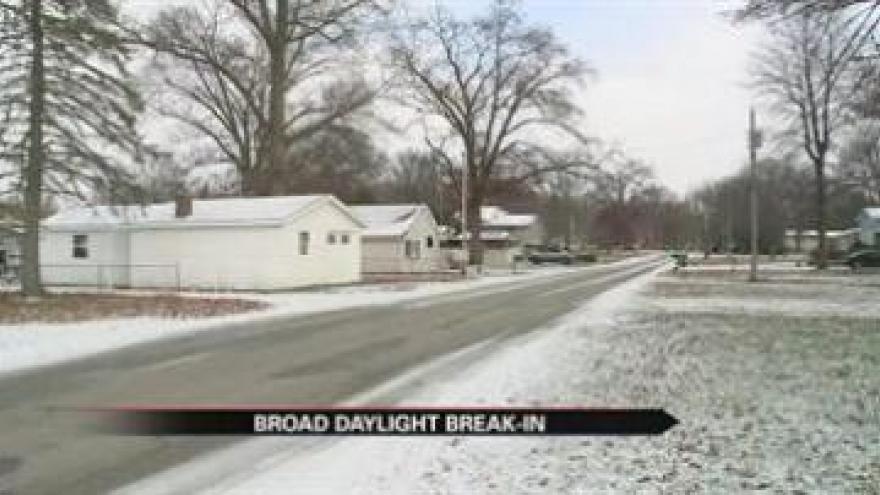 According to the sheriff's department, a resident in the 25000 block of Lake Drive was home when a man forced open the door to the house.

The suspect was described as a white male, approximately 5'8" tall, with lines shaved into his left eyebrow.

As soon as the suspect realized someone was home, he fled the home and got into the passenger seat of a black Chevrolet Monte Carlo.

Osolo Township residents are disturbed about the number of break ins that have happened in their neighborhood recently.

They say there was a break-in just a few weeks ago.

The break-in happened late in the morning.

"I think that probably most people are working during the day and they're home at night, so their chances of being able to break in during the day when nobody's home is going to better than at night when there's somebody there," said Compton.

Compton says she's sad people resort to stealing from others.

"It's really sad. People work hard for their money, they want to have a safe home, and you have to worry now that during the day that somebody is going to just come in and help themselves to whatever it is they think they need," said Compton.

If you have any information, contact the Elkhart County Sheriff's Department at 574-891-2300.