Deputies searching for suspect in chase, hit and run 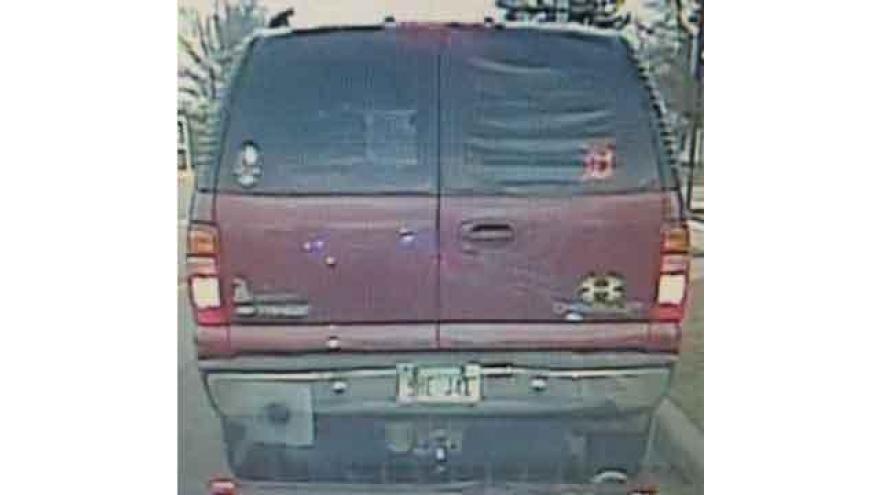 The Van Buren County Sheriff’s Office is asking for the public's help in identifying the driver of a 2001 Chevy Tahoe allegedly involved in a hit and run. The driver also led deputies on a chase.

Around 5:15 p.m. Wednesday, the Van Buren County Sheriff’s Office received a 9-1-1 call about a hit and run on Red Arrow Highway near 65th Street in Hartford Township.

As deputies approached the scene, the caller stated she was struck by a 2001 maroon Chevy Tahoe that had fled the scene.

A description of the vehicle was provided to deputies.

A deputy in the city of Hartford saw a vehicle matching the description of the suspect vehicle and conducted a traffic stop.

The driver of the Tahoe pulled over to the side of the road.

As deputies were making contact with the driver, the vehicle fled from the scene and deputies initiated a pursuit.

The driver of the Tahoe drove at a high rate of speed through residential neighborhoods and through the Hartford School parking lot where children were playing, reports said.

Because of the reckless driving, deputies followed at a safe distance.

At one intersection, the Tahoe driver failed to stop at a stop sign which caused a Hartford city officer to lose control of his vehicle.

The officer's vehicle struck a fire hydrant. The officer was taken to the hospital and was treated and released.

Deputies later terminated the pursuit for safety reasons and are following up on information to prosecute the suspect responsible for the incident.

If you have any information in this case, contact the Van Buren County Sheriff's Office at 269.657.2006, Hartford City Police Department, and/or Crime Stoppers at 800-342-STOP.