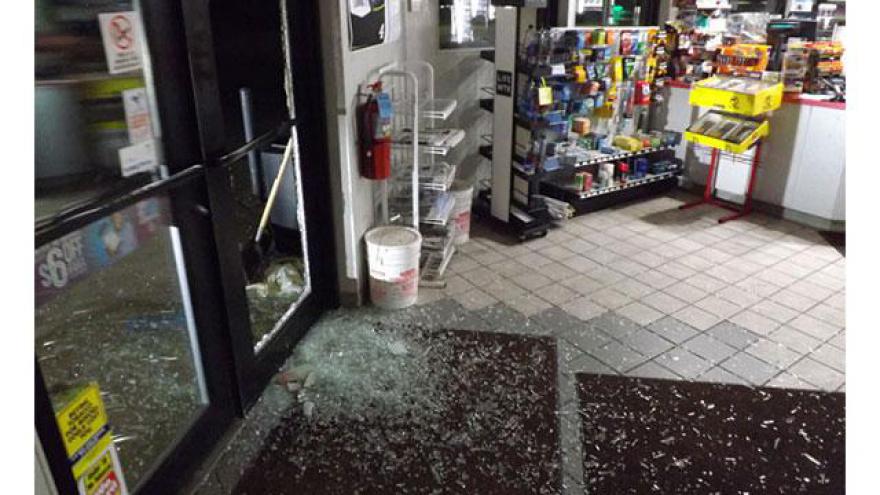 A suspect smashed the window of a convenience store and stole a large number of cigarettes early Saturday morning, according to the Van Buren County Sheriff's Office.

Van Buren County deputies and Mattawan Police were called to the Pri-Mart gas station in the 24000 block of Red Arrow Highway around 1:45 a.m. Saturday after an alarm went off at the business.

When deputies and police arrived, they found the front door of the convenience store broken and a large number of cigarettes stolen.

Investigators viewed the surveillance video which showed a white male suspect break the glass door, enter the building, take cigarettes from behind the counter and exit through the broke door.

The suspect is described as a 30 to 40 year old white male, 160 to 170 pounds with a shaved or bald head. He got into a black unknown type vehicle, deputies said.

If you have any information in this case, please contact the Van Buren County Sheriff's Office at 269.657.2006.