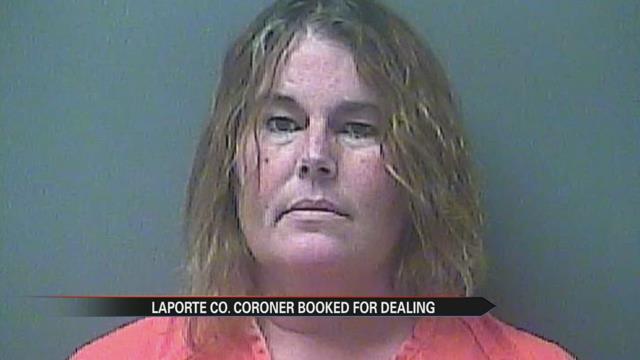 La Porte County Deputy Coroner Dawn Maxson pleaded guilty to two of the charges against her as part of a plea agreement.

Maxson was accused of exchanging 106 prescription pills for over $800 in seven separate deals.

Detectives said the narcotics were prescribed to her.