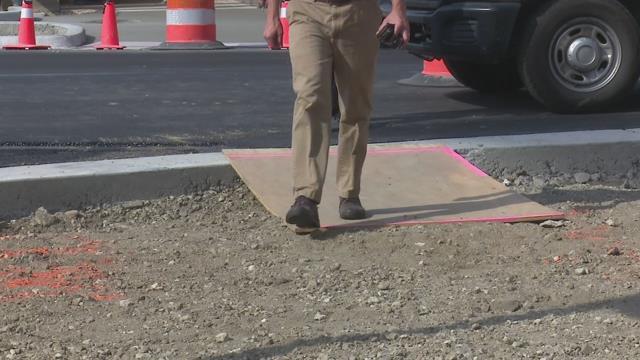 It’s been a summer packed with construction in South Bend and for one event planner the show had to go on.

Construction created some obstacles for those walking around for the ‘Wine Walk’ series but the numbers show it did not deter people from having fun.

“We knew it was going to be a pretty exciting summer with all the construction taking place we weren’t quite sure how it was going to pan out but we put our best foot forward,” says Jill Scicchitano, with DTSB Inc.

Scicchitano directs the wine walk series held once a month from May to October. Wednesday is the last event and it is a beer walk.

While wine and beer walkers had to navigate the construction all summer they still came out this season.

“This has been a fantastic summer there is a lot going on down town and some might think that it might have kept people away but we had a record number year,” says Scicchitano.

Even though the construction dragged out a little longer than planned, ticket sales for the Wednesday Wine Walks were up 14% this year.

Mayor Pete Buttigieg says during the summer the construction crew was a little scarce but they have added more to their crew to get Main Street done by Friday.

“The amount of work force that has come on especially in recent weeks shows you just how much you can get done when you have this many people working,” says Mayor Buttigieg.

Getting Main Street done is a major milestone in the city’s 2016 construction plans and next they will work on St. Joseph Street.

In 2017 the crews will focus on the city scape of the brand new streets installing street lights.