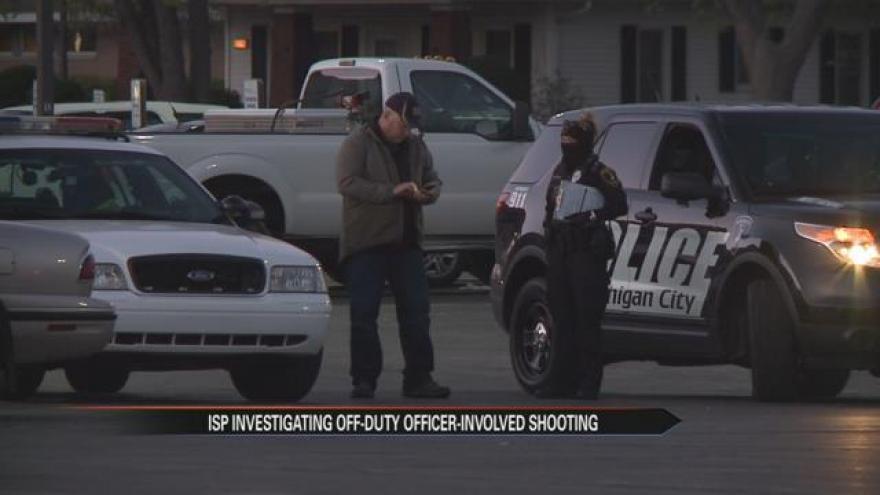 An off-duty Michigan City police officer was involved shooting leads to one man in the hospital. Indiana State Police are investigating Saturday afternoon’s shooting that happened on W. Homer Street at Franciscan Health.

46 year-old- Thomas Walsh III was flown right here to this hospital yesterday. Since then he’s been in critical condition.

According to Indiana State Police Walsh aimed his gun at one of the officers.

They were called to the parking lot by a family member, explaining another family member was refusing to leave his car and seek medical assistance.

That’s when those two officers approached Thomas Walsh, Walsh was sitting on the passenger side of a Ford F-150.

According to police, Walsh became hostile and pulled a handgun out pointing it at the officer closest to the driver’s side door.

The officer standing by the passenger’s side door fired his weapon, shooting Walsh several times.

Police say the officer shot his weapon in fear of his safety and that of his colleague.