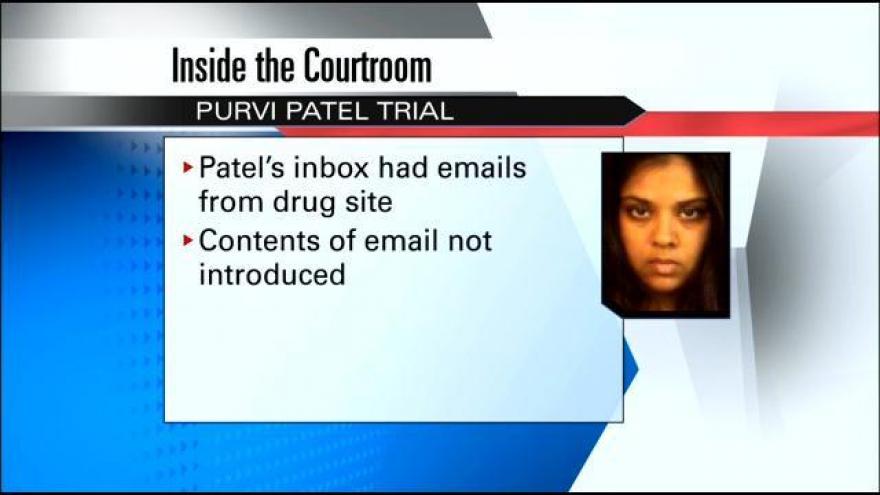 ST. JOSEPH COUNTY, Ind. -  A detective and doctor testified in Purvi Patel's trial on Thursday. The detective testified about the drugs Patel is accused of ordering online.

Patel is accused of feticide and neglect of a dependent in the death of her infant whose body was found in a dumpster in July 2013.

According to text messages presented into evidence, Patel allegedly ordered drugs online for $72.

Detective Thomas Cameron with the Metro Homicide Unit testified Thursday that he wanted to see if it was possible to order drugs from the same website without a prescription.

Cameron said he went to the website and ordered a combo pack of drugs with a credit card and without a prescription.

The pills were delivered to the Metro Homicide headquarters in South Bend.

Cameron also testified there were emails from the website in Patel's email inbox but the contents were not revealed in court.

Cameron also testified they never found the packaging for the drugs Patel is accused of taking and they did not search Moe's Southwest Grill because there was no probable cause at that time to search it.

Also entered into evidence was video of Patel being interviewed in the hospital.

In the video, you can see Detective Galen Pellitier telling Patel she wasn't in police custody and did not have to speak with him.

She said she wanted to get it out of the way because she had nothing to hide.

She was asked if she was on drugs that would affect her answers and she replied no.

The detective asked about her pregnancy and she said she had taken a pregnancy test a few weeks ago and thought she was only two months pregnant.

She told the detective she had a miscarriage on her bathroom floor earlier that day.

In the video, Patel said she tried to resuscitate the baby but didn't call 9-1-1 because she was in shock.

She told the detective she placed the baby in a dumpster behind Moe's.

He asked Patel why and she replied, ”I assumed since the baby was dead there was nothing I could do.”

Patel wiped tears from her face as the video played.

Detective Pellitier is the state's final witness. The case is expected to go until next Tuesday.