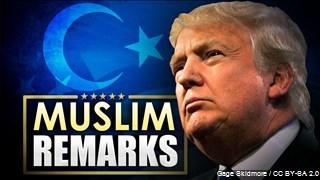 NEW YORK - A Qatar airline executive warned Donald Trump Thursday "he will not be welcome" in Muslim countries where he has investments following Trump's call to ban Muslims from entering the U.S.

"I can say that the reaction as a Muslim, I have taken offense to this, and especially when it is coming out from a friend of mine," he said. "I didn't expect him to be so naïve to make such statements."

The airline exec said he believes Trump was "trying to gain political mileage out of these statements."

"[H]e is not realizing what he is mentioning is detriment (sic) to his own interests in the election," Al Baker said. "He is also not realizing that he has investments in Muslim countries and he will not be welcome there anymore. So I think what he is saying is not in the best interests of the relationship between him and the Muslim world."

Trump has repeatedly said at his campaign rallies that he has Muslim friends and they support what he is proposing.

Al Baker also told Quest that he anticipated the focus of the election would soon shift.