Donnelly focuses on future as Indiana's next senator 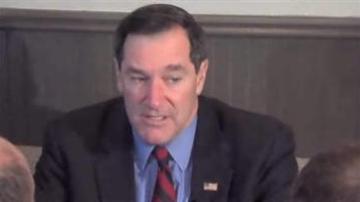 Donnelly held a press conference on Wednesday to talk about the race and victory over Republican challenger Richard Mourdock.

And while he wishes Mourdock the best, Donnelly wants to move forward.

“Nobody is going to get everything they want, but when we work together on things, whether it’s the debt ceiling or other issues, the solutions are there,” Donnelly said. “I want to make sure your voice is heard and that we always do what’s right for Indiana.”

Mourdock defeated Lugar in the Republican primary. The outgoing senator had been in the U.S. Senate since 1977.