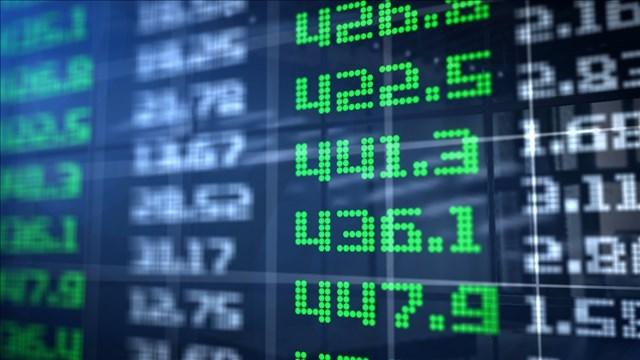 The stock index has been flirting with that nice, round number for a week, as the market has continued is stunning post-election rally.

The Dow cleared 19,000 on November 22, and it came within 44 points of hitting 20,000 last Wednesday. But investors soured a bit after the Federal Reserve raised its key interest rate, and the Dow has fallen back from its all-time high.

Hitting 20,000 this year would be an achievement few would have thought possible at the beginning of 2016, when the Dow slumped 2,000 points in the first month, falling below 15,500 points.

Few too predicted that the Dow would rally after a Trump election victory. The Dow futures initially tanked 800 points on election night, but the index actually soared the day after.

2. GDP revision: On Thursday, we'll see how healthy the U.S. economy is when the government revises its GDP for the final time for the third quarter. Last month, the Bureau of Economic Analysis said the economy grew at an annualized rate of 3.2% in the third quarter.

The healthy economy, buoyed by strong consumer spending, led to the Federal Reserve to raise interest rates for the second time in a decade last Wednesday.

3. Earnings on tap: With holiday shopping in full swing, we'll get a look at how two big contributors to the frenzy are doing. First up are FedEx's earnings on Tuesday. Its stock has been on the climb lately because shipping volumes have been beating expectations. Though its report won't include all of the holiday shopping season, FedEx is expected to provide a prediction for the busiest months of the year.

Also on Tuesday are Nike's earnings. The sports apparel giant's turf is being encroached on by Under Armour. While Nike crushes Under Armor in revenue, analysts are bigger fans of Under Armour's growth and star leadership.

4. Apple's AirPods are here: Apple's futuristic wireless ear buds are going on sale this week. The $159 gadgets were first announced in September, but mysterious problems forced the company to keep pushing back shipment dates until mid-December.

Apple says don't count on your AirPods making it under the Christmas tree. "AirPods will be shipping in limited quantities at launch and customers are encouraged to check online for updates on availability and estimated delivery dates," it said in a press release.