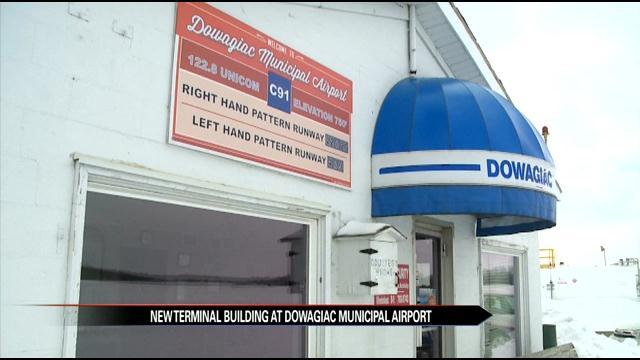 The Dowagiac City Council recently approved contracts to begin work on a design to build a new terminal building at the Dowagiac Municipal Airport.

The airport has been around since 1947 and the terminal building itself is over 60 years old and needs a lot of repairs.

The building needs repairs like a new roof, updated heating and cooling units and the bricks outside are deteriorating.

City officials believe it is better to build a new building.

“It's just an old building. It's served us well for a number of years, and it's time to look at another one,” said Dowagiac City Manager Kevin Anderson.

Funding for that project will come from grant resources, with $11,000 of that coming from the city's general fund.

Right now there are about 30 active airplanes at the airport that are used for mainly recreational purposes.

Chicago area resident and recreational pilot Jim Grochowski flew in to the Dowagiac Municipal Airport for the first time Monday and said this airport is an ideal place to land for a quick stop.

"This is my first time in Dowagiac and I'll definitely be using it a lot more, it's a real nice runway for this little plane, nice and smooth and it's wide,” said Grochowski.

Next Monday city officials will meet with the airport manager and an architect to work on a design for the building.

“The main thing that we are trying to build into here, is to make sure it's a very efficient building, that doesn't have a lot of operating costs to it and helps pilots get the information they need," said Anderson.

These plans will be finalized in the coming months.