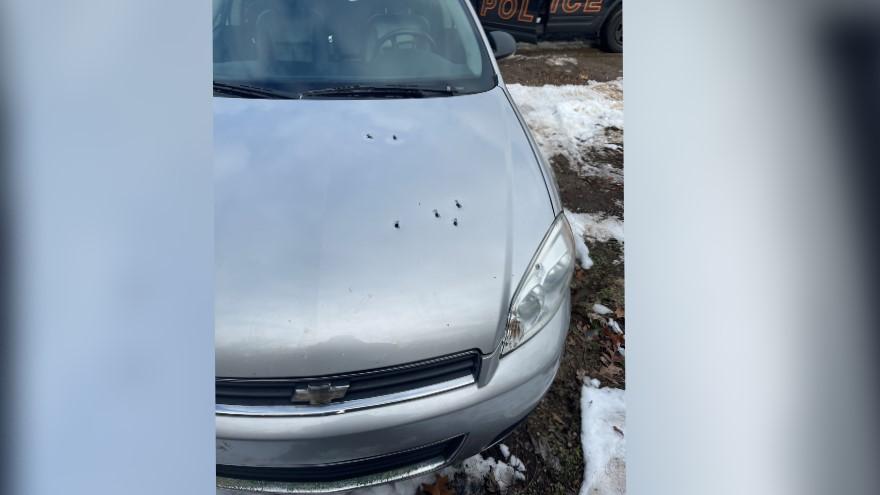 CASS COUNTY, Mich. – A man was arrested for allegedly shooting a vehicle in the parking lot of a hotel on Wednesday, according to  Dowagiac Police.

On Wednesday at approximately 5:15 a.m., police were dispatched to the Baymont Inn on Amerihost Dr. due to several shots being fired.

Once officers arrived to the scene, they located a vehicle with several bullet holes through the hood of the vehicle, but were unable to locate the registered owner of the vehicle.

Police contacted the owner of the vehicle, a 25-year-old woman. She told police she and her boyfriend got into an argument and pulled into the hotel's parking lot, police said.

During the argument, the woman pulled out a handgun with the intention of shooting the vehicle, making it unusable, according to police.

The boyfriend took the gun from her and shot the vehicle, the woman told police.

The two left the scene.

Police learned the 26-year-old suspect is on parole on an armed robbery charge.

He was taken into custody on the parole violation and preliminary charges of felon in possession of a firearm, unlawful discharge of a firearm and two counts of felony firearm.

The suspect’s name is being withheld pending his arraignment.