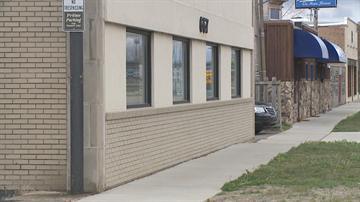 Subway is opening on the 600-block of West Main Street by late April or early May.

"We've turned the corner, gone over the hill and are progressing on," said Hightower. “We have momentum and its happening.

Hightower said a chain restaurant investing downtown is symbolic of Benton Harbor’s turnaround. The Subway site is directly across the street from Whirlpool’s new corporate headquarters. "Having Whirlpool make a decision to put a campus downtown has helped that," said Hightower.

Within a two-block area, Chemical Bank is being built and Café Mosaic opened three weeks ago.

Café Mosaic and Mosaic Resale Store moved from Benton Township to be closer to the heart of Benton Harbor. In part, they wanted to be part of the city’s up-and-coming corridor. "I think there is a huge potential and a lot of great businesses here already,” she said.

"Benton Harbor is making strides, leaps and bounds,” said Hightower.”(We’re) coming back as a strong community."