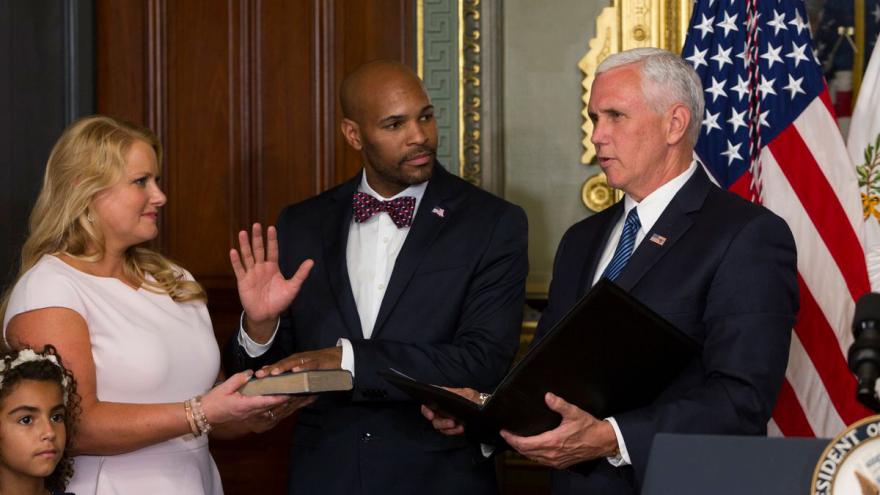 (CNN) -- Dr. Jerome Adams was sworn in Tuesday by Vice President Mike Pence. He is the nation's 20th Surgeon General.

Adams, who was nominated by President Donald Trump, is an anesthesiologist who previously served as the Indiana State Health Commissioner.

He has also worked as a professor at Indiana University School of Medicine and has a master's degree in public health.

Adams has pledged to take on the country's opioid epidemic.

He also says he plans to prioritize untreated mental illness.