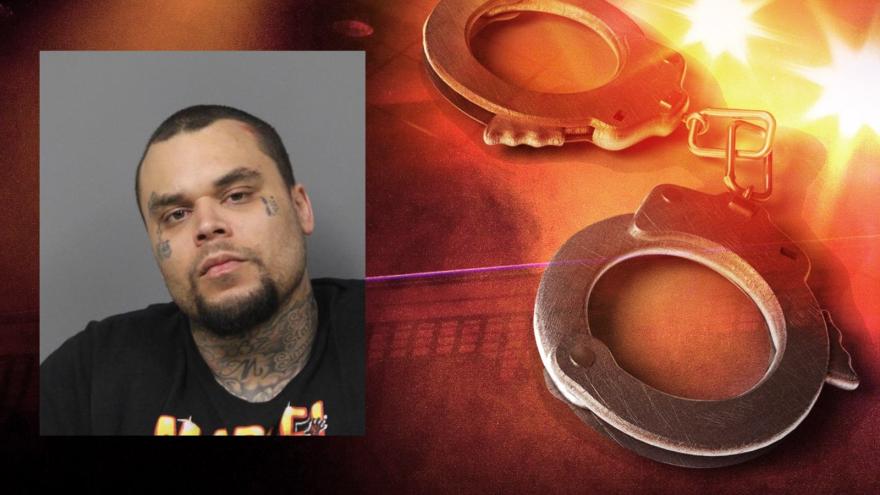 BERRIEN COUNTY, Ind. – A Benton Harbor man was arrested after he allegedly escaped police and crashed into a bank on Friday, according to the probable cause affidavit.

At 3 p.m. on May 20, Michigan State Police troopers tried to stop a vehicle for a traffic violation at a gas station on Niles Avenue.

Troopers recognized the vehicle, a tan Mercury SUV, and the driver from a report that showed the driver had an outstanding federal probation violation warrant and a Berrien County bench warrant, reports said.

When troopers tried to stop the driver, the driver allegedly sped from the gas station.

Troopers confirmed the identity of the driver, 32-year-old Therron Perry, and decided not to chase after him. They instead requested an area broadcast alert and followed Perry’s path.

Responding law enforcement saw the vehicle travel south on M-63/Niles Avenue and crash into another vehicle while entering a fast food parking lot in St. Joseph.

The impact of the crash caused Perry to lose control, run off the road, and crash into the Flagstar Bank.

No one was reported injured inside the bank but the crash damaged the building.

The driver of the second vehicle wasn’t injured in the crash.

After the crash, Perry allegedly led a foot chase but soon surrendered to police and was arrested without incident.

Perry was taken to the Berrien County Jail following medical clearance and was charged on Tuesday with three counts of felony resisting and obstructing, fleeing and eluding, reckless driving, and failure to stop following a crash.