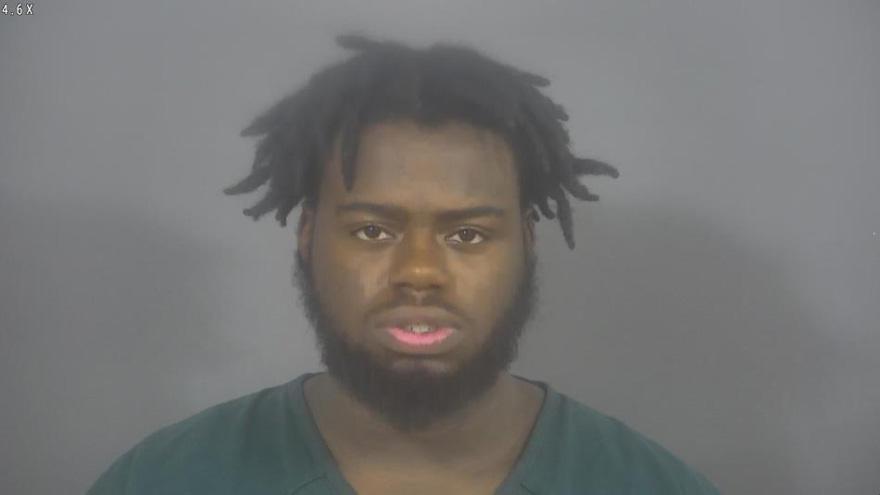 ST. JOSEPH COUNTY, Ind. -- A man who allegedly struck a police cruiser while fleeing a traffic stop is facing multiple charges in connection with the incident, according to court records.

On Thursday an officer with the South Bend Police spotted a black Honda traveling at a high rate of speed.

The officer located the black Honda at a gas station and parked behind it with his emergency lights activated.

The occupants were ordered out of the vehicle, but the driver, Halbert, put the car in reverse and struck the officer's vehicle while he was standing next to it, according to the probable cause affidavit.

Halbert then sped out of the parking lot, reports said.

The officer followed the vehicle with lights activated. After briefly losing sight of the vehicle, the officer located it abandoned near Meade and Fisher streets, reports said.

Witnesses told police the occupants ran into a nearby home.

The home was surrounded and Halbert eventually surrendered, reports said.

Officers applied for a search warrant to locate the keys to the stolen Honda. Inside the home, officers located a bag with a substance that appeared to be marijuana and a handgun, police said.

Halbert has previously been convicted of a felony.