Driver accused of leading pursuit while on probation 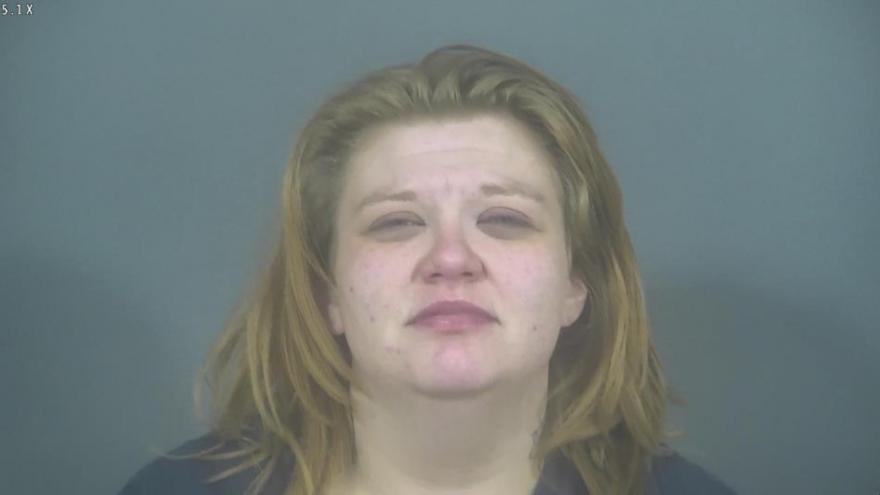 ST. JOSEPH COUNTY, Ind. – A woman was arrested for auto theft, unlawful possession of syringe, and other charges after allegedly leading officers on a pursuit while on probation, according to the probable cause affidavit.

On that day, an officer with the Mishawaka Police Department was patrolling in the area of Main Street and Indian Ridge Boulevard when he saw a gold Infinity SUV turn south onto Main Street.

As the officer got closer to the SUV, he identified it as a stolen vehicle, reports said.

The officer pulled over the SUV near Main Street and Edison Lakes Parkway.

The officer could see the driver moving around in the driver’s seat.

The driver then opened the door and began yelling at the officer.

The officer recognized the driver as Megan Fisette and ordered her to throw the keys out of the window.

The passenger of the vehicle got out of the SUV at that time.

Fisette allegedly drove between vehicles that were waiting for a light, disregarded red lights, and almost struck crossing vehicles.

The officer, who had been pursuing Fisette with his lights and siren activated, called off the pursuit because of Fisette’s driving.

Officers spoke with the passenger of the SUV, who told them she got out of the vehicle because, during the traffic stop, Fisette made a comment about the vehicle being stolen and there being “stuff” in the car, according to reports.

A short time later, dispatch got a call about a female who had abandoned a car on or near Brown Avenue and had run behind a house.

Officers went to the area and found the SUV Fisette had been driving.

She was found hiding in a shed in the backyard of a nearby house.

Law enforcement searched the SUV and found two cards with Fisette’s name on them.

In the sunglasses holder in the SUV, officers found a cigarette box containing syringes and a blue, balled-up piece of plastic with a white crystal substance inside, reports said.

At the time of the incident, Fisette was on probation.