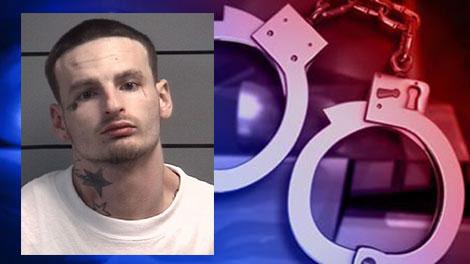 Marshall County deputies were notified of a police chase involving South Bend Police and a silver 2002 Chevy Tracker SUV reported stolen from Elkhart County, according to a press release from the Marshall County Sheriff's Department.

The pursuit left St. Joseph County and entered Marshall County on US 31 at approximately 10:39 p.m., according to reports.

At Veteran's Parkway, deputies deployed stop sticks in an attempt to stop the driver. Instead, the vehicle drove onto Veterans Parkway and drove east.

The deputy pursuing the stolen vehicle lost sight of it in the area of King and 7th roads.

At 10:59 p.m., the vehicle was located on the east side of Plymouth. An officer attempted to conduct a traffic stop, but the vehicle did not stop, reports said.

The SUV traveled east on Lincoln Highway and Plymouth Police and the Marshall County Sheriff's Department pursued the vehicle, according to the release.

On Lincoln Highway, east of King Road, the SUV ran off the road, spun out, then headed westbound towards Plymouth.

Once it got into Plymouth, the driver turned east on 9A Road and south on King Road, then east on 12 B Road towards Bourbon.

The vehicle avoided another set of stop sticks on 12B near Gumwood Road by driving through a field, deputies said.

Once the vehicle drove into Bourbon, it drove along the railroad tracks, then tried to turn north on US 331.

The vehicle struck a building northwest of the railroad tracks. There was minor damage to the building, but no injuries, according to deputies.

The driver was arrested and the two passengers were detained, then released, reports said.

The driver, 26-year-old Kyle Pennell of Mishawaka, was taken to the Marshall County Jail on preliminary charges of possession of stolen property, resisting law enforcement with a vehicle, and reckless driving.