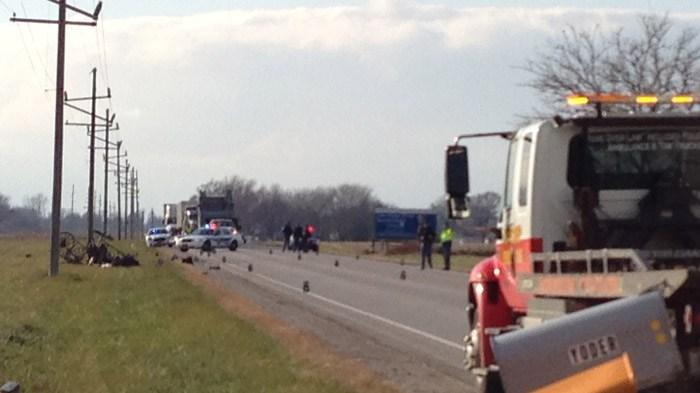 Indiana State Police have arrested 44-year-old Laurie Bope, of Goshen, for her alleged involvement in a crash Friday afternoon.

It happened on U.S. 6 near Dogwood Road in Bremen and involved a horse-drawn buggy and a pickup truck.

The accident sent the driver of the buggy, 45-year-old Alvin Kuhns of Bremen, and his two sons, six-year-old Ryan and three-year-old Caleb Kuhns, to the hospital.

All three family members have been released from the hospital and have returned home.

Bope was arrested by ISP troopers Friday after a blood test came back positive for drugs, according to police.

She was taken to the Marshall County Jail and charged with operating her pickup truck under the influence of a controlled substance.