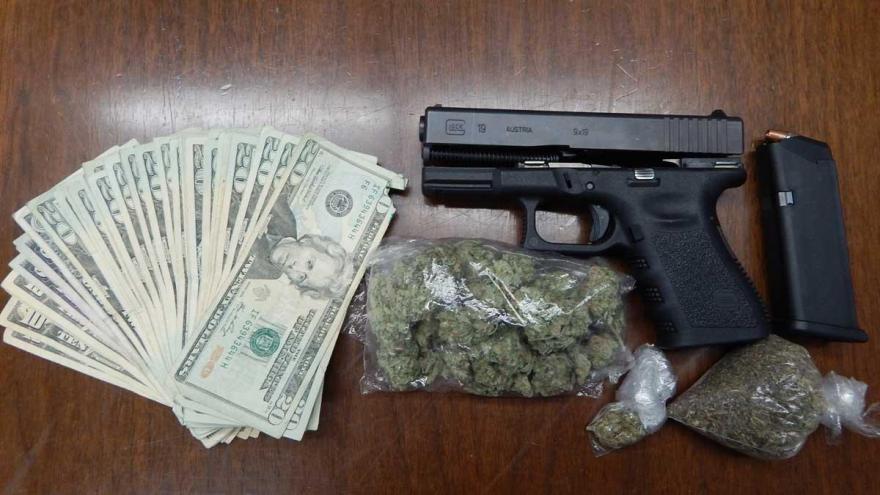 A driver was arrested after allegedly attempting to flee from police following a traffic stop early Tuesday morning, according to the Indiana State Police.

A trooper conducted a traffic stop on a Dodge Durango around midnight Tuesday morning for failure to stop at a stop sign near Woodland and Cherry Street in Michigan City.

When the driver stopped his vehicle, he got out of the truck and ran from the scene.

The trooper chased the suspect and took him into custody in the area of Dewey Street.

The suspect was identified as 26-year-old Ryan Thomas of Trail Creek.

When the trooper returned to the vehicle, he saw a black handgun and a baggy with suspected marijuana on the floorboard of the vehicle.

The two passengers who were in the Durango denied knowledge of the drugs or gun and said they had just been picked up by Thomas.

Thomas was taken to the La Porte County Jail.

At the jail, police recovered a large amount of currency from Thomas.

Thomas is facing the following charges: