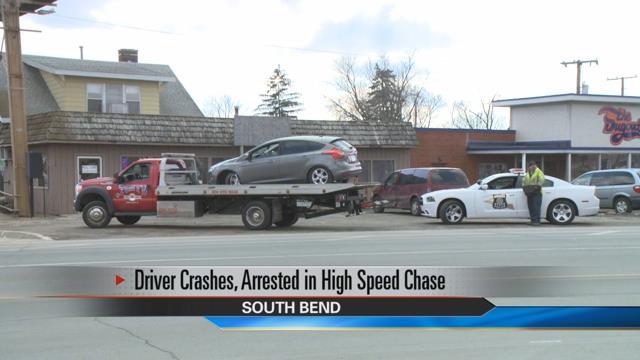 A man was taken into custody after allegedly fleeing from an Indiana State Police trooper Monday afternoon.

The chase started at 2:49 p.m. when a trooper tried to conduct a traffic stop on a vehicle that was traveling at a high rate of speed on Portage Avenue in South Bend.

Instead of stopping, the driver drove south on Portage, west on Lathrop, then south on Bendix.

The driver crashed near the intersection of Bendix and Lincolnway West.

Once the car crashed, the driver ran from the scene.

Police chased after him, but he was arrested in the parking lot of a nearby restaurant.