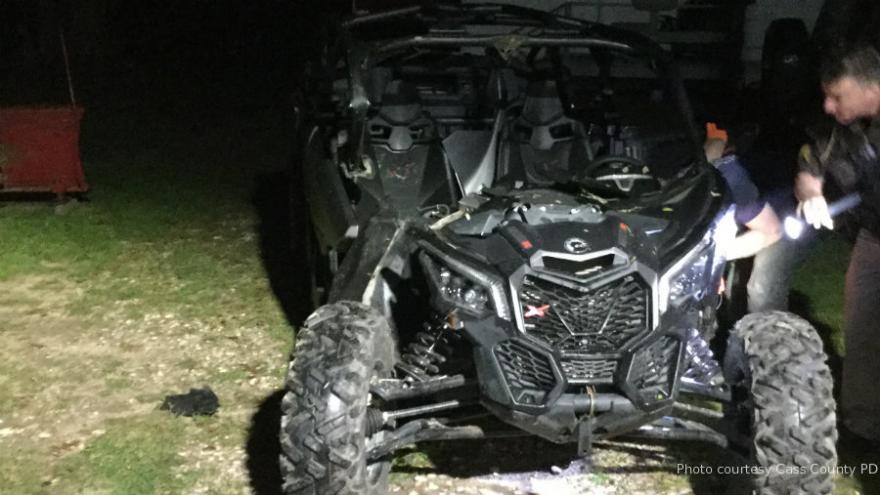 Cass County Deputies report that at approximately 10:42 p.m. they were called out to investigate a personal injury crash in the 7000 block of Sunset Boulevard in Union, Michigan that involved a four-seat Can-Am Maverick ATV.

The investigation revealed that the Can-Am suffered heavy front-end damage possibly from a collision with a tree but no accident scene was uncovered, police say.

Officials say they are looking for the driver of the ATV.

Passenger Michael Hankins, 38, of Wakarusa, Indiana, suffered injuries in the crash. He was transported to Elkhart General Hospital for treatment.

Alcohol is believed to be a factor, according to officials.

Anyone with information is asked to contact the Cass County Sheriff’s Office at 269-445-2481.