Driver injured after crashing into the back of a trailer 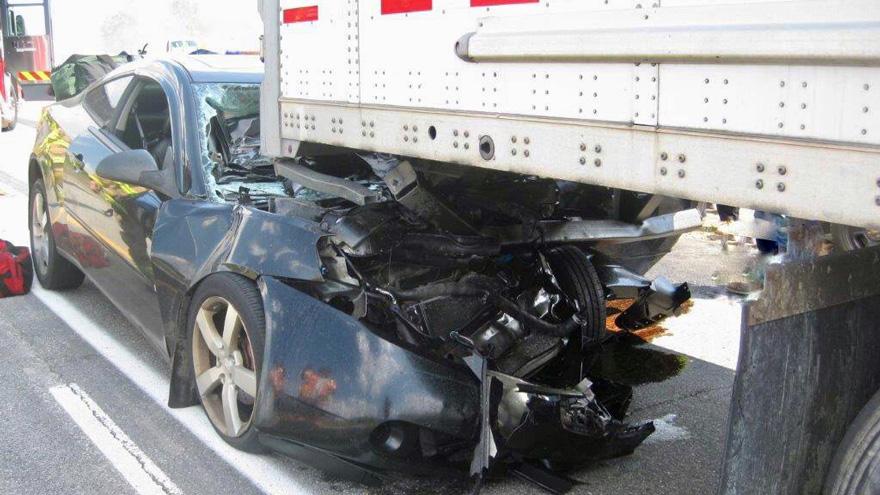 LA PORTE COUNTY, Ind. -- A driver suffered serious injuries after his vehicle crashed into the back of a semi trailer Wednesday afternoon on US 20, according to the La Porte County Sheriff's Office.

The crash happened just before 2 p.m. in the area of US 20 and Wiley Road.

When deputies arrived, they found a black vehicle wedged underneath a semi's trailer.

The preliminary investigation revealed both vehicles were traveling west on US 20 when the semi slowed for heavy traffic in a construction zone.

Deputies learned the driver of the black Pontiac, 30-year-old Zachery Sims, failed to slow down and struck the trailer.

Sims was taken via helicopter to the hospital for treatment of an injury to his upper body.

Alcohol and toxicology tests are pending.