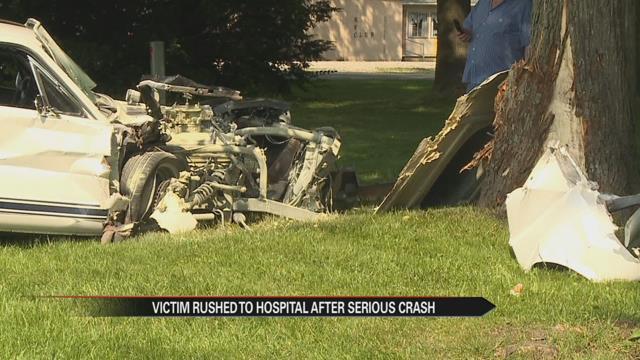 A car accident in La Porte sent one person to the hospital with a head injury on Saturday.

The La Porte County Sheriff's Office says the driver of a white Mustang was planning on participating in the vintage car show at the county's fairgrounds before Cruise Night.

While he was making his way through the ticket booth into the fair grounds, police say the driver wasn't wearing his shoes and one accidentally pinned the gas pedal down.

The car struck two vehicles in the fairgrounds, tore through a fence, and crashed into a tree across the highway.

The front of the vehicle was on fire when emergency crews responded.

The driver was semi-conscious upon their arrival and taken to the hospital with a head injury.