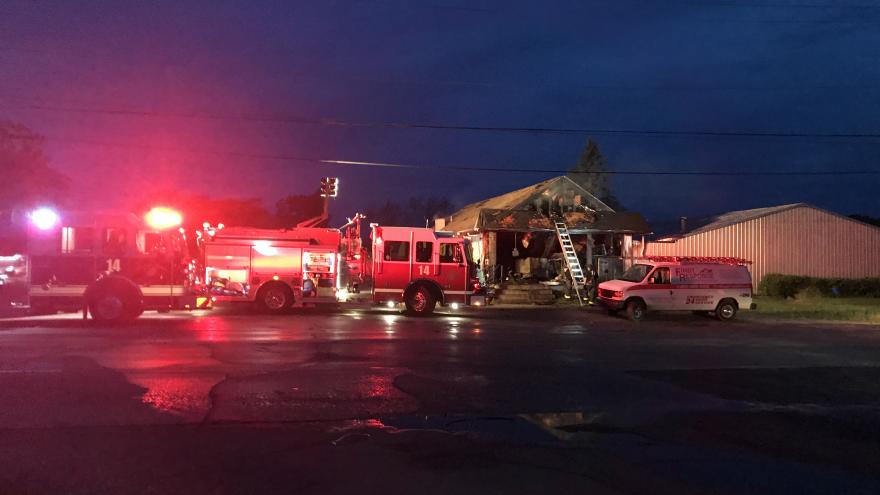 OSCEOLA, Ind. - One person is dead after a car slammed into a building and caught on fire early Wednesday morning.

The crash happened around 2:15 a.m. near Ash and Vistula, just north of Osceola Dragway.

In a press release, police say the car ran into Midway Marina.  When first responders got there, they found the car and building on fire.

Police tried to break the windows of the car and free the driver, but the flames were too hot.

The driver was pronounced deceased at the scene.

A police officer hurt their hand while trying to rescue the driver; that officer was treated and released from the hospital.

According to police, a person who saw the crash said the car was traveling at a high rate of speed.  The car is registered to a man from South Bend, but police don't know if that was the person driving.